The 5 Most Expensive Lingerie Brands in the World 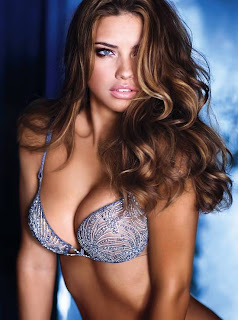 With the release of the 2010 Diamond Fantasy Bra from Victoria's Secret (worth a whopping $2.5 million), everyone's mind is on expensive lingerie. And when I say "expensive," I mean the sort of lingerie where, if you have to check the price tag, you almost certainly cannot afford it.

While I maintain my position that ultra-expensive lingerie really isn't any better than the lingerie us mere mortals buy, I also know I some have readers who, for curiousity's sake or otherwise, want to know about these extravagant brands that represent the pinnacle of the underwear industry. The names I'm about to share with you today are truly the creme de la creme, the game changers, and the rainmakers.

Oh, and guess what? La Perla wasn't expensive enough to make the list.

There were a few criteria when making these selections, and I want to share them with you before starting:

1) The label had to be focused almost exclusively on lingerie. They couldn't be a design house that also happened to make lingerie or a designer who produced one or two limited collections for a lingerie brand. That's why Dolce & Gabbana isn't listed, and neither is Jean Paul Gaultier's collection for La Perla.
2) The label had to make, at minimum, both bras and knickers. Why? Because these two pieces are the fundamentals of lingerie. To illustrate, both Wolford and Strumpet & Pink make gloriously expensive lingerie, but as the former focuses on hosiery and the latter on panties, neither is eligible for inclusion here.
3) The label had to be available for purchase by the general public. For example, Mr. Pearl (the man behind Dita von Teese's corsets) is quite possibly the best and most expensive corsetiere in the world, but his corsets are not accessible to everyone, and therefore his name is not on this list.

And so, without further delay, here are the 5 Most Expensive Luxury Lingerie Brands in the World--

Bordelle--founded in 2007 by Alexandra Popa and Javier Suarez, Bordelle updates the vintage classics with a decidedly modern (some might even say "kinky" sensibility). Slinky, sexy, and utterly sensual, Bordelle isn't for the faint of heart or faint of wallet. Their trademark bandage dresses start at $500 and go as high as $1400.

Carine Gilson--The most established designer on this list, Carine Gilson has been designing couture lingerie since 1994. She uses only the softest silk, the most delicate lace, and the sheerest chiffon. Every item is a handcrafted work of a art, worth more ounce for ounce, than even some of the finest jewelry. A Carine Gilson thong (her most basic piece) starts at $240 with her full-length kimonos selling for just over $1360. 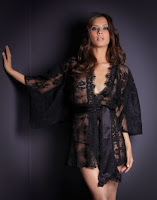 Jean Yu--Gorgeous, feminine, and ethereal, Jean Yu's designs are striking in their simplicity. Every lightweight, airy piece is also limited edition, so once it's gone, it's gone. A basic silk triangle bra starts at $320, and a full lingerie set (bra, knickers, & garter belt) can easily cost over $1,000. Jean Yu also runs an atelier in New York if you'd like to have your lingerie made to measure. 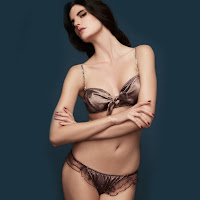 Guia La Bruna--Guia is one of the youngest designers on this list, but her vibrant outlook on life is evident in her designs. Unlike many designers who outsource key aspects of their manufacturing to other companies, Guia La Bruna produces everything in house, from the samples to the end design. This lets her maintain the impeccable standards of quality and craftsmanship she is famous for. Guia's bra and knicker sets start at $665 and her cami and knicker sets retail for $830.

What do you think of these 5 designers? I'd love to hear your opinions, so share them in the comments! Know of anyone I should have included? Tell me that too!