How Could Changes to NAFTA Affect the Lingerie Industry? 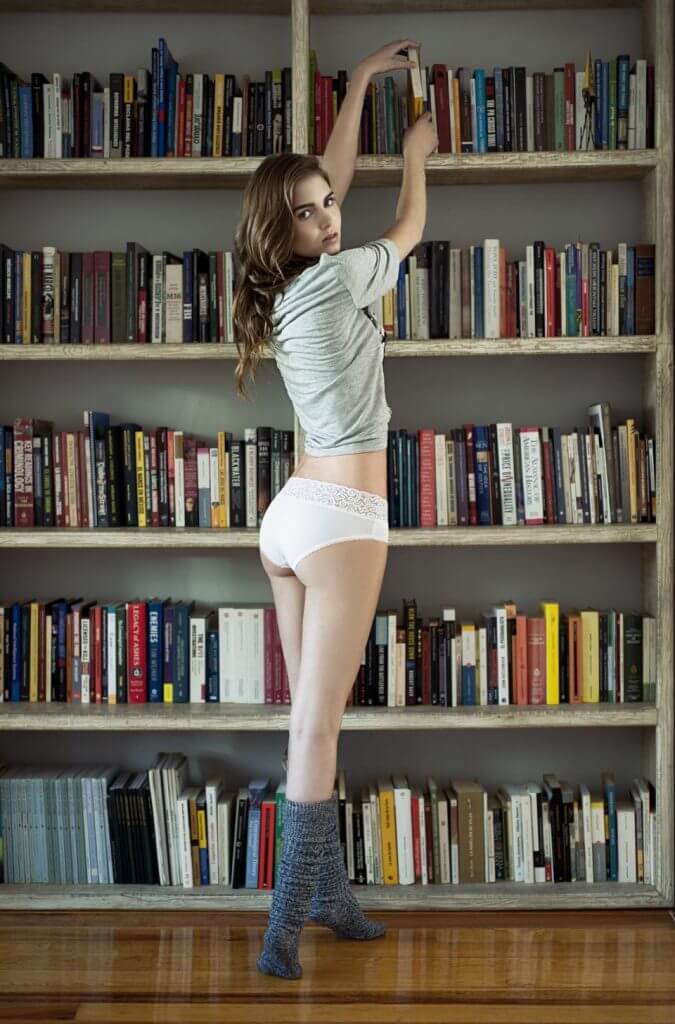 The vast majority of lingerie is manufactured outside of the United States. There are various reasons why, but the root of this phenomenon is simple: US labor is expensive. In fact, the cost of labor is the most expensive part of making lingerie.

Since apparel, especially lingerie, is undervalued in the current retail market, manufacturers are continuously looking for cheaper ways to manufacture their products. This means trade agreements, like NAFTA, or the North American Free Trade Agreement, have a huge impact on the apparel industry. 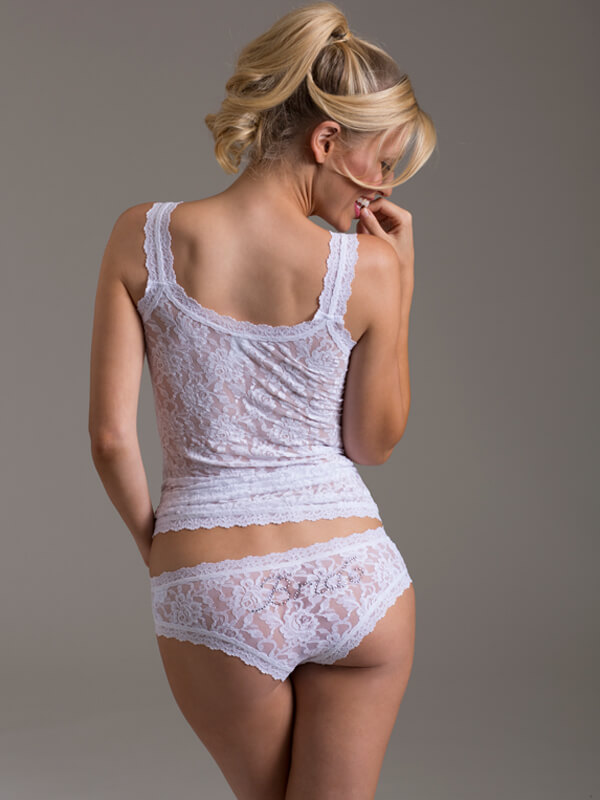 Made in the USA lingerie from Hanky Panky

NAFTA eliminates tariffs between Mexico, Canada and the United States. This means US-based apparel companies can open factories in Mexico, employ garment workers legally allowed to work for lower wages, and import goods to the United States for sale - all without paying duties.

While this applies to Canadian-made goods as well, NAFTA hasn't had as much impact on the apparel trade between the US and Canada due to similar labor costs and previous trade agreements between the countries.

Outsourcing lingerie production to other countries isn’t necessarily a bad thing. Outsourced labor allows brands to find the highest-skilled workers to make their products, makes lingerie more accessible for people with less money to spend on it, and means businesses are less likely to close their doors when they can’t meet their customers’ demands for larger discounts and lower prices. 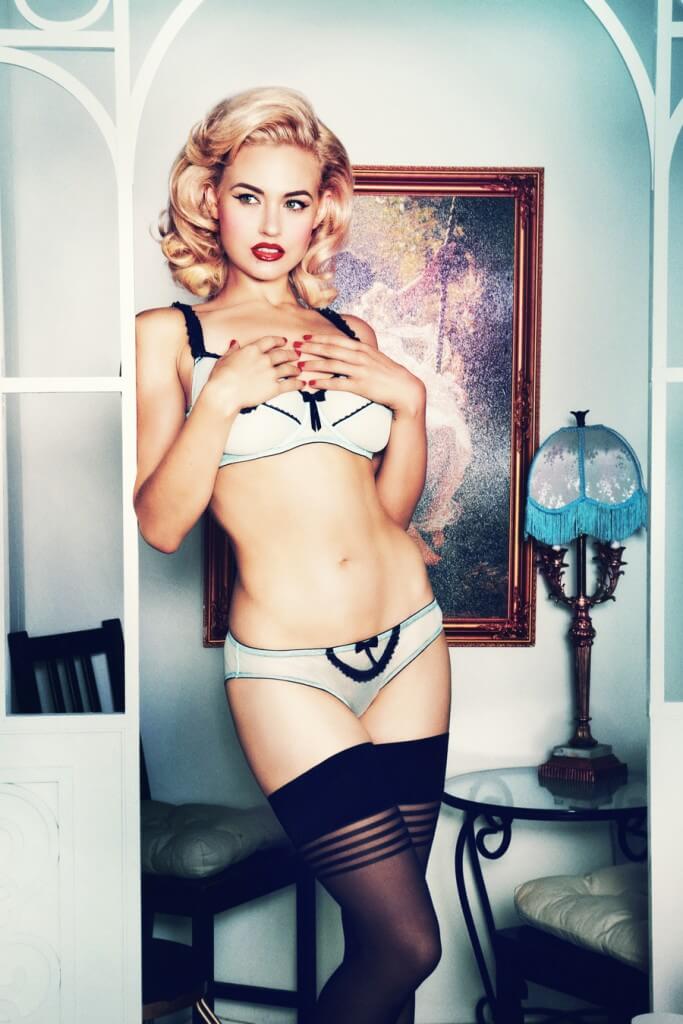 Playful Promises' lingerie is ethically made in China.

Outsourcing, however, does make a great political talking point. In his presidential campaign, Donald Trump called NAFTA “a disaster” and “the single worst trade deal” for the US because so many manufacturers moved their plants and factories to Mexico to take advantage of lower wages. If elected, Trump threatened to pull out of the agreement entirely as part of his plan to bring jobs back to the US. 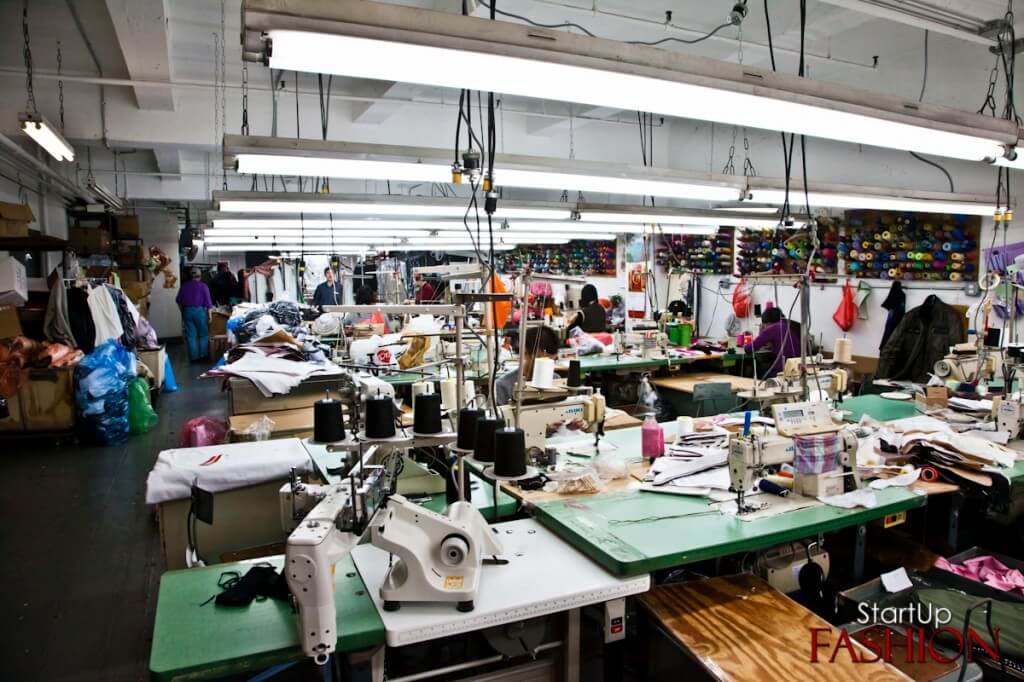 Yet, since being elected, he has rescinded his claims. As late as April, his plan was to still “terminate” the agreement. Now, the plan is to “renegotiate.”

It’s all very complicated and still up in the air. Examine the labels in your lingerie drawer and you'll see far more lingerie is made in Asia than in Mexico. However, while it’s unclear exactly how many lingerie factories exist in Mexico, some lingerie brands do manufacture there. Changes to NAFTA could also impact the import of Canadian-made lingerie brands by US-based retailers.

Like Karolina discussed in her piece on Brexit and the lingerie industry, major political changes can have equally major effects on manufacturing-based industries in our interconnected, globalized society.

Given what we currently know, how could the lingerie industry in the US be affected overall by changes to NAFTA? 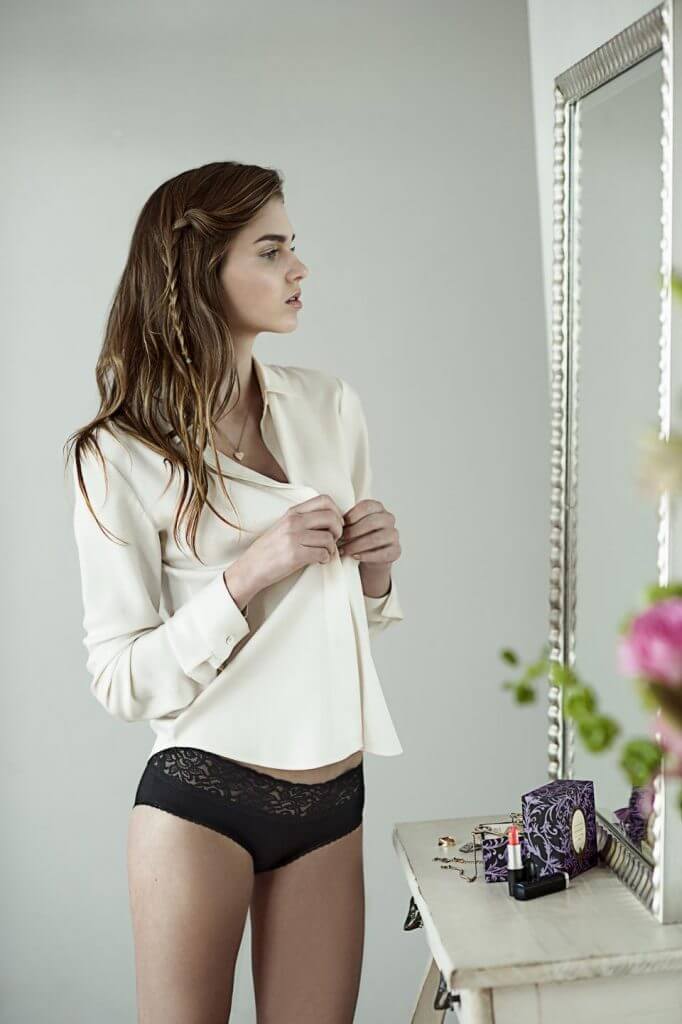 White Rabbit, a New York-based, ethically-made lingerie company, manufactures their product line at a family-owned factory in Mexico City. They selected this factory because of its high-quality sewing, and because its location made it easier for them to ensure their products were being made ethically. The impact of NAFTA was “just an added plus,” according to founder Mariana Hernandez.

One of the administration’s current proposals, and the proposal that would be most likely to affect the lingerie industry, would let NAFTA countries reinstate tariffs if imports are causing “serious injury or threat of serious injury” to their domestic industries.

This means the government could, hypothetically, add taxes to goods manufactured in Mexico in order to make US-made products more affordable. The percentage of those taxes has not been discussed, but earlier this year, Trump suggested a 20 percent tariff on Mexican imports, which is the number White Rabbit used during their research on NAFTA. 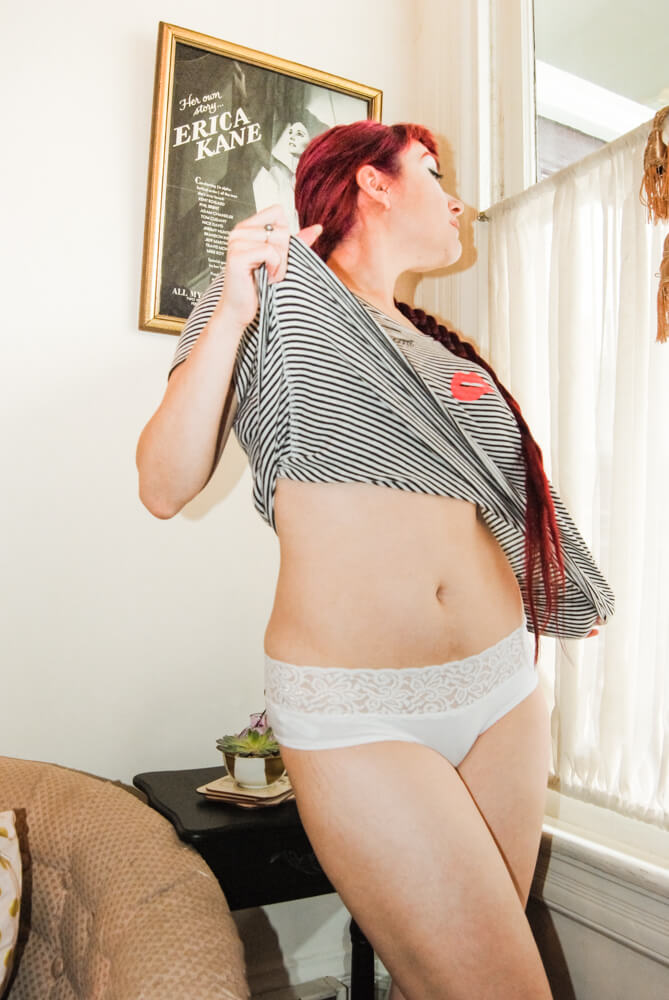 White Rabbit "The Prince" Panties, from our review on TLA

Kat Rosati, a 10-year veteran of the apparel industry who has worked for brands like Hello Lovely Clothing at Apparel Booster says NAFTA has been incredibly helpful for the industry as a whole. “Many brands that look to cut costs, but still maintain a quick turnaround, consider Mexico an option because they do not have to worry about additional costs associated with other countries where taxes and tariffs can easily cost a third of the cost to manufacture the item in the first place,” she says.

However, Rosati doesn’t believe that tariffs on clothing imported from Mexico would impact the industry dramatically. “It would take some time, but apparel manufacturers that could afford to do so would just continue to do what they have always done: chase the labor dollar,” she says. 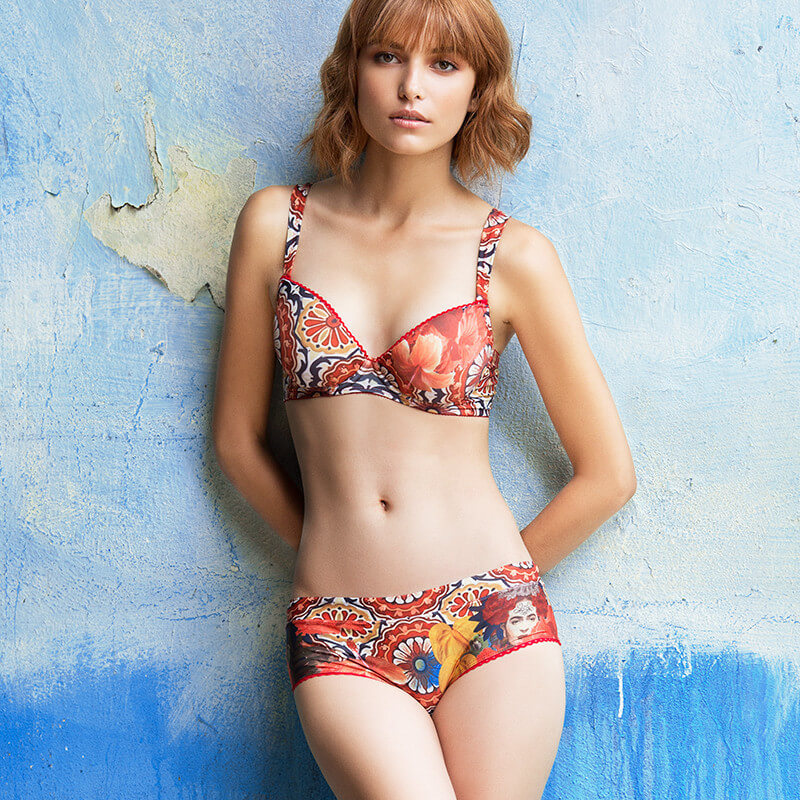 At one point, Naja's lingerie was made in Mexico. It is currently unclear where they are currently manufactured; the company declined to comment.

Those who couldn’t take production too far from home have other locations closer than Asia and cheaper than the States as well.

“They could end up producing in areas of Central America if they wished to keep production somewhat close,” Rosati says. “Or they could go to developing areas in Africa, where the Obama administration passed AGOA,” the African Growth and Opportunity Act, a trade agreement meant to help certain countries in African by reducing or eliminating tariffs on exports to the US, including apparel. 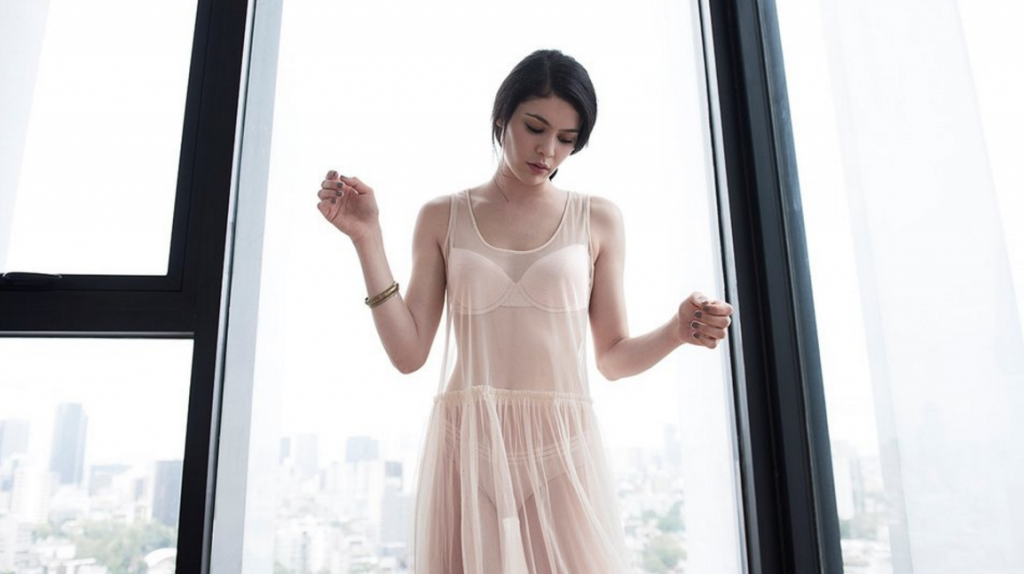 Despite Rosati’s predictions, Hernandez suggests White Rabbit would keep production in Mexico. “A tariff [of 20 percent] would obviously increase our costs and may force us to increase prices slightly for us to continue offering high-quality, ethically made garments,” she says. “We would not move our manufacturing to Asia under any scenario to minimize the impact of tariffs.”

And what about Canadian lingerie? Reinstating tariffs means US-based retailers would pay more money to bring Canadian brands, like indie favorite Fortnight Lingerie, into their stores. But because nothing solid has actually come from the NAFTA talks, Fortnight declined to comment. “We don’t want to assume anything at this point with the Trump administration,” says Greg Denny, Brand Manager at Fortnight. 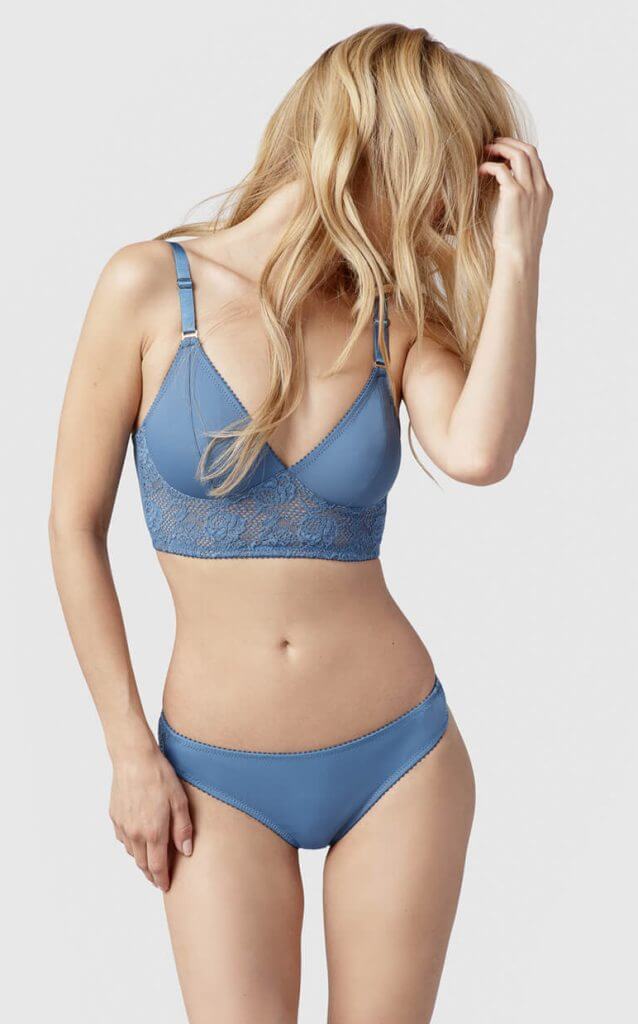 Made in Canada lingerie from Fortnight

We don’t know exactly what will happen with NAFTA, but regardless, the lingerie industry likely won’t be impacted on a huge scale - from the consumer’s point-of-view, anyway.

Even if manufacturing is moved out of Mexico, it’s very unlikely it would return to the US. After all, so many people already complain about the high cost of bras and underwear, when clothing is the cheapest it’s been in literally forever. Today’s consumer wouldn’t support a retail model of lingerie made using domestic labor. 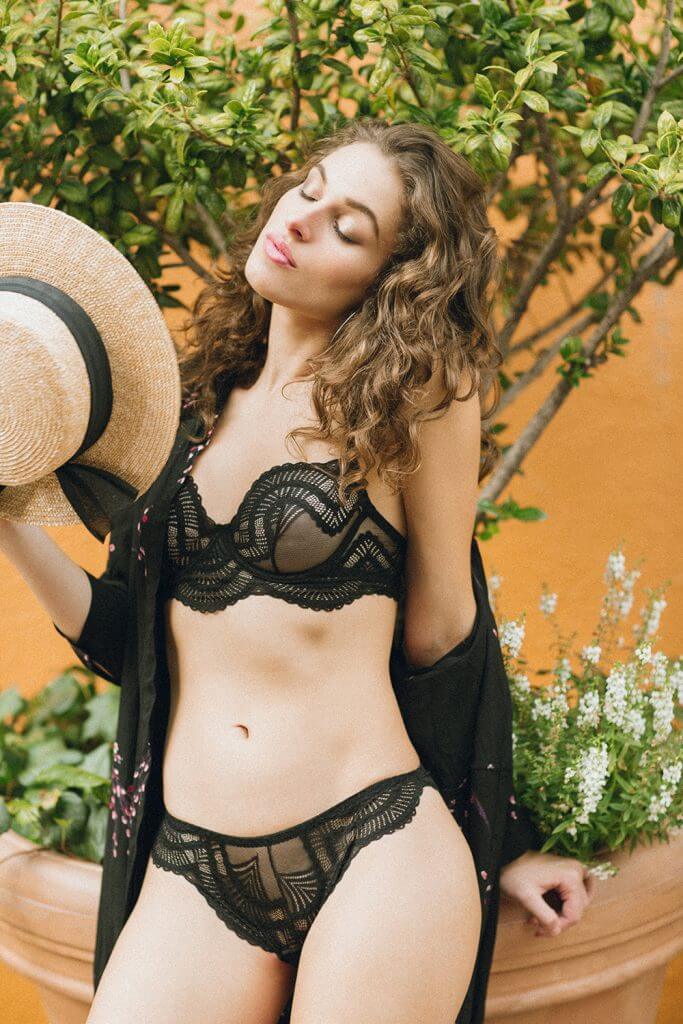 Sokoloff Lingerie, a Made in Canada label

Both the infrastructure and the talent is long gone, and there's no money to be made in rebuilding either. After all, why would a company spend millions on refurbishing factories, buying machines, and training talent, when most consumers don't want to buy clothing at prices that can adequately pay American seamstresses?

Unless a massive cultural change in the way we buy clothing occurs, it's a losing game—one that politicians (who ride to power by preaching about overseas factories "stealing" American jobs) don't seem to understand.

There are so many international manufacturing options available to apparel companies in our globalized society that adding tariffs to Mexican-made lingerie wouldn’t change much for the consumer—except the country of origin listed on the inside label.