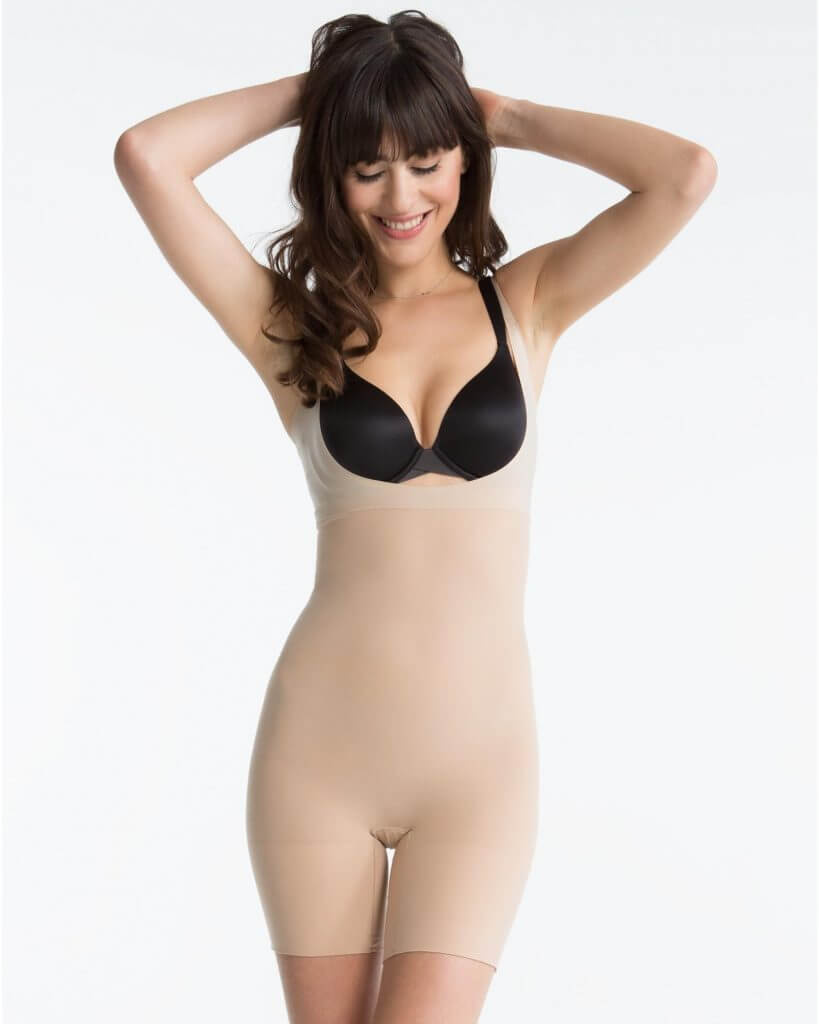 Earlier this month, I reviewed a new company aiming to "disrupt" the lingerie industry. Much of the intimate apparel industry is relatively old-fashioned, but in reviewing this company, I discovered that just because someone re-invents something, doesn't mean they're making it better. In fact, sometimes the smallest changes can make the biggest impact. I couldn't help but wonder: could small tweaks to existing lingerie styles make a successful new product?

This idea has certainly been done before. Companies like Spanx and Bristols Six brought great, modern versions of old-fashioned solutions to the market in the early 2000s. More recently, there's Thinx, a company breathing life into the world of period panties, and Nubian Skin, which convinced much of the mainstream lingerie industry that, yes, nude is more than beige. None of these brands are coming up with groundbreaking new inventions. For the most part, they're simply classic ideas updated for the modern consumer.

Yet today, many lingerie startups overshoot and miss the mark entirely, by redeveloping things that don't really need to be changed. Even worse, some of them repackage the same old concepts (sometimes literally) and then tell you they're "disrupting the lingerie industry." The three ideas below aren't "disruptions," at least not in the way I'd like to see the lingerie industry disrupted. However, I do believe that if a company harnessed one of these three small ideas, they could actually become staples 0f the modern day lingerie industry. 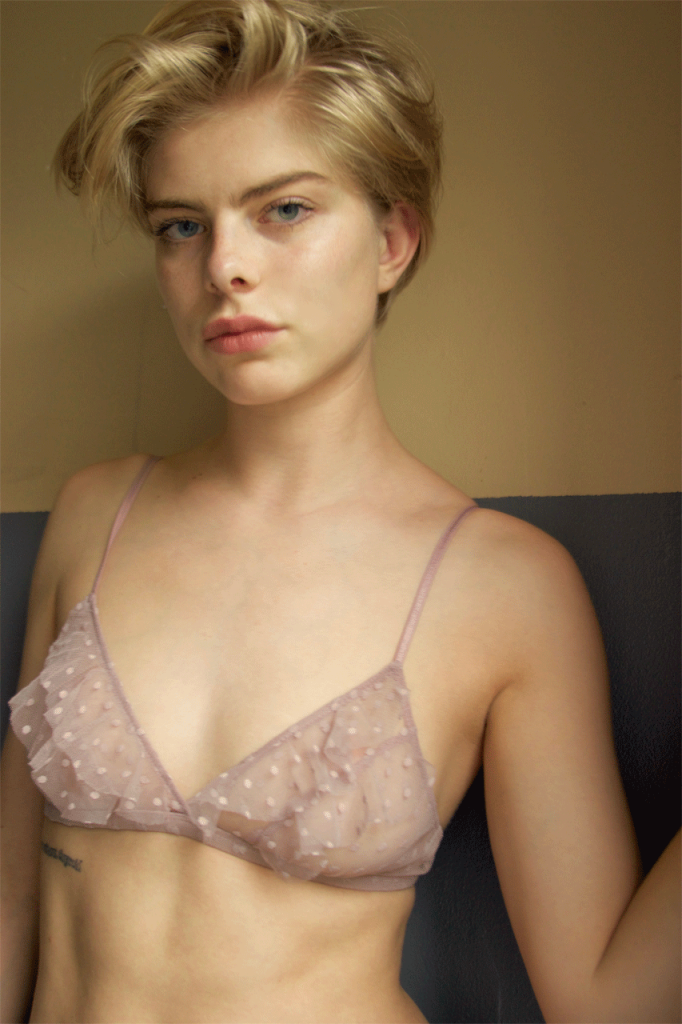 Only Hearts' bralettes are so cute and great for smaller cups, but the bands are notoriously big. Only Hearts Coucou Lola Ruffle Bralette, $55

OK, let's get real: off-the-rack, straight-size bralettes fit a very small segment of people. I'm not lamenting the fact they aren't supportive. Until some incredible magic fabric comes along, bralettes will never be supportive in the same way underwired bras are, and that's fine. I'm not even upset that they don't fit me. I wear a 32G, and I know that I'm not the "average" bust size. But most bralettes don't really fit most fit people. Either the cups are too small or the band is way, way too big.

Many indie labels offer custom sizing, like Toru and Naoko, or cup-sized bralettes, like Fortnight. However, I think ready-to-wear bralettes in sizes XS - XL that are a few inches smaller in the band and a little roomier in the cups would sell like hotcakes. Say, a size small made for the proportions of a 32D instead of a 32B...which would fit people closer to the average size. With the popularity of unstructured, wirefree bras lately, I think this idea could be a big success.

A Reinvention of the Garter belt for the Modern Age 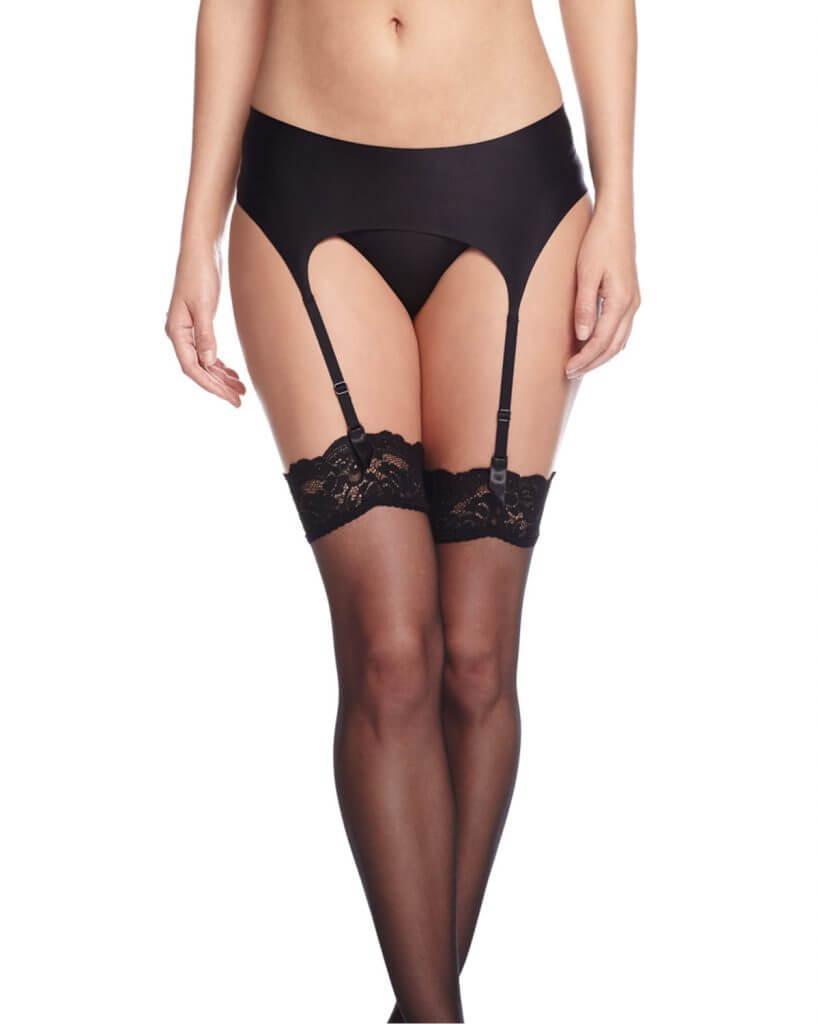 Since the invention of pantyhose, garter belts have been reduced to boudour fun and retro dressup, but honestly? They're great for everyday wear. Garter belts don't slide down your hips at the end of a long day. They make it easier to use the bathroom. And, in my opinion, they look way nicer than tights. However, it's hard to find the perfect garter belt. I think if one was created and marketed as a modern, smart alternative to wearing tights, it could become a lingerie wardrobe staple. The ideal everyday modern garter belt would need to:

Most of all, the perfect garter belt would need an ideal fabric. I'm imagining some sort of stable knit - something with great elastic memory so it won't stretch out, but not so stretchy that it would slide down. Something wicking, so it wouldn't get clammy. Something long-lasting that won't easily snag or pill. And something that won't roll down, but also won't pinch.

I regularly hear lingerie shoppers ask for something like this, but I think it would be a challenge to market garter belts to the everyday, non-lingerie-addicted public. However, if Thinx can convince everyone period panties are fabulous, normal, and super-hip, I'm sure we can do the same for garter belts. 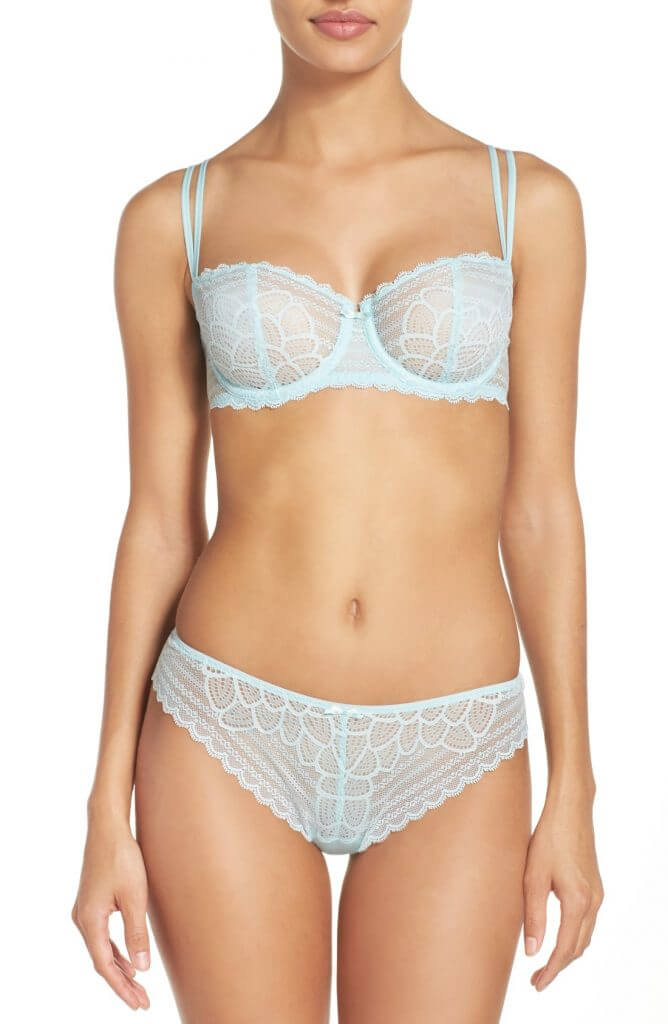 The Chantelle Merci is one of those bras that fits so well, but people often hate the straps, the bow, or the trim on the top. Chantelle Merci Demi Bra, $78 at Nordstrom

Because of the hours of labor required, custom bras are cost-prohibitive to many people. Companies like Impish Lee and Uye Surana offer custom lingerie and loungewear at relatively affordable prices, which is excellent, but I talk to people every day who fall in love with a bra...except for the bow on each cup or the lace trim or some other small detail.

A company that created well-fitted bra-and-panty sets with customizable embellishments would satisfy both the ultra-picky consumer and the creative lingerie lover who wants their personal style reflected in their basics. What if you could pick the material for your straps (velvet or grosgrain elastic?) or the detail on the gore (a bow or nothing at all?).

This is a difficult concept because, like Karolina talked about in her Impish Lee review, sometimes the consumer doesn't know what they actually want, and might be unhappy with the finished product. However, by limiting customization to just embellishments and other small details, I believe you could please a lot of people.

Look towards the success of Bow and Drape, which turned affordable, customizable clothing into a fast-growing start-up. I'm not saying the average consumer wants pizza-shaped sequin appliqués on their bra cups, but Bow and Drape's marketing is particular and successful. The company's customizable clothing is positioned as something special enough to spend money on but casual enough that you won't fear it being deeply untrendy in a month. That balance between luxe and casual is careful, but could totally work for this concept.

However, this idea is more than just "put some stuff on bras for people." It would require some experience in lingerie to know what works and what doesn't. For example, those custom straps would have to be the right type of elastic for lingerie, and they'd also have to be scaled up in width for larger cups. And even a customized bra won't get return customers if it fits poorly. But a well-fitted basic bra with special, personal details? I think that could be an industry staple for sure.

All three of these concepts are simple ideas, but they could be successful for lingerie-wearers, given the right platform. True, none of them are groundbreaking, but you don't always have to reinvent the wheel to make a difference (or turn a profit). Sometimes, you just need to make what exists a little bit better. What small innovations would you like to see from the lingerie industry?