Disclosure: This bra was purchased with my own money, and all thoughts and opinions are my own. This post includes affiliate links. 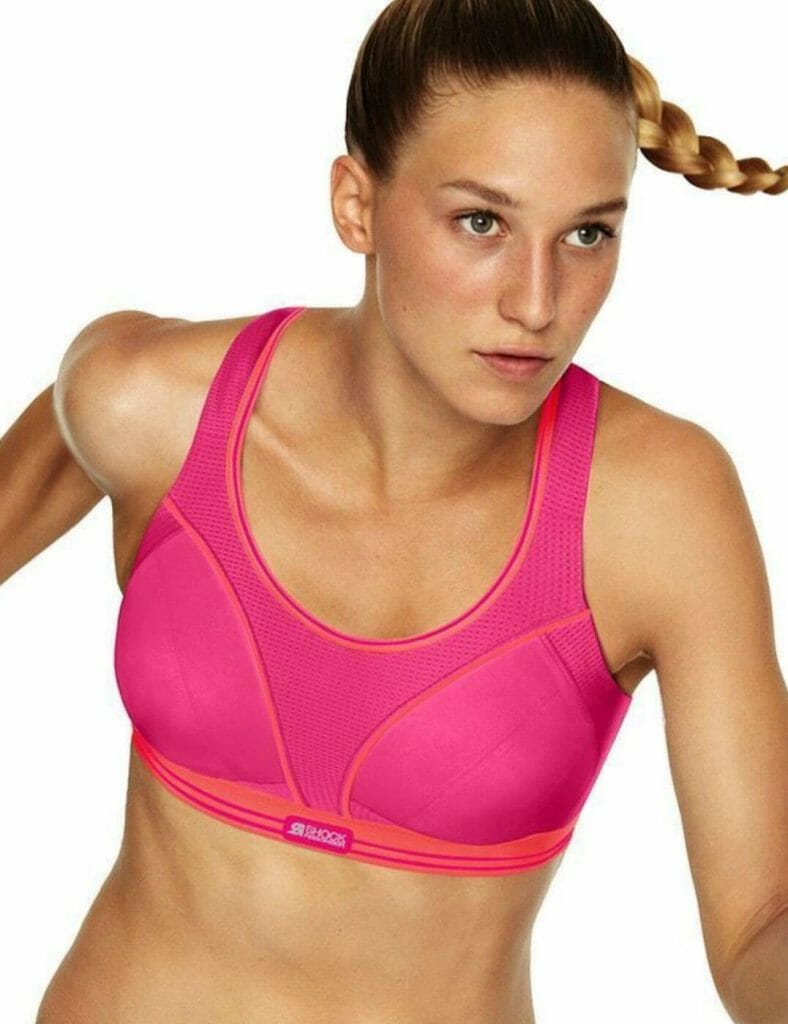 Until last summer, I ran in the same full bust sports bra I’d been wearing since college. White, boring, and stretched out, I wanted something new and more supportive.

I heard good things about the Shock Absorber Ultimate Run Sports Bra, but as someone who values aesthetics over function, almost $80 was a high price to pay for something to sweat in. In the end, I took the plunge. I’d rather buy one high-end sports bra than five mediocre ones. Plus you can find some good deals on this bra, and hey - it came in pink. 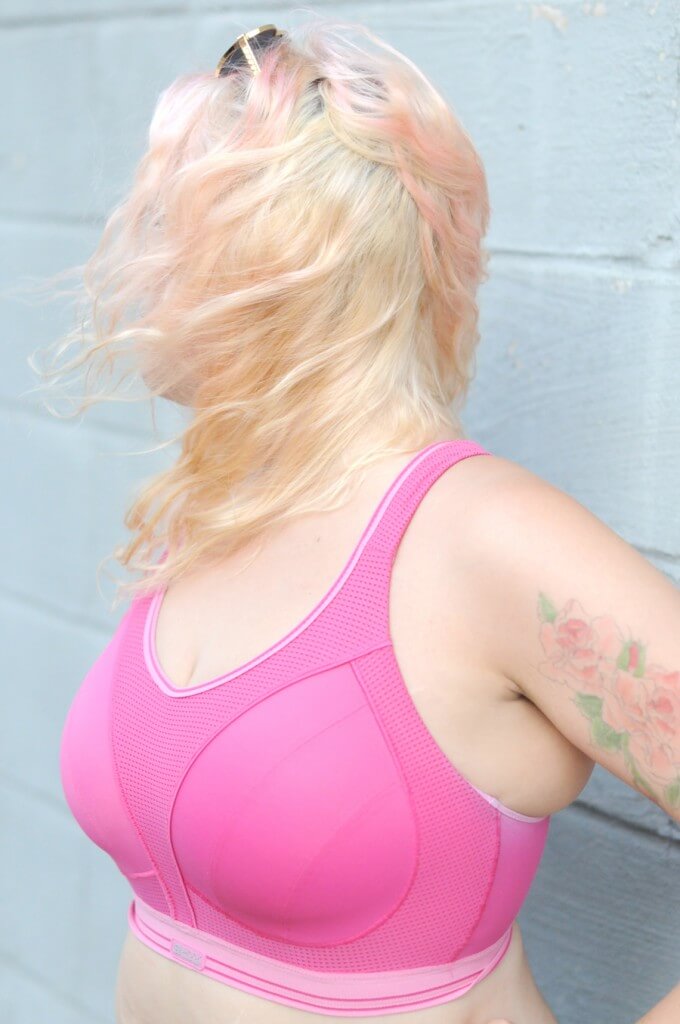 The Shock Absorber Run Bra also comes in black, white, and a few different colors. The size range is UK band sizes sizes 30-42 and UK cup sizes A-G (Note: not every band size is available in every cup size).

A lot of specially-engineered sports bras look like medical equipment, but this one actually looks like a sports bra. The fabrics are wicking and lightweight, so it doesn’t feel like I'm wearing two shirts when I put my top on over it. The lining is seamless and super comfortable.

Shock Absorber's Run Bra works through both compression (pushing breasts against the chest) and encapsulation (holding each breast in place with a separate cup or seaming).

The compression effects are much stronger than the encapsulation effects, and while I don’t get the “uniboob” look with this bra, I don’t exactly get a lifted, rounded profile, either. "Where are your boobs?!" is a comment I've heard in this bra. 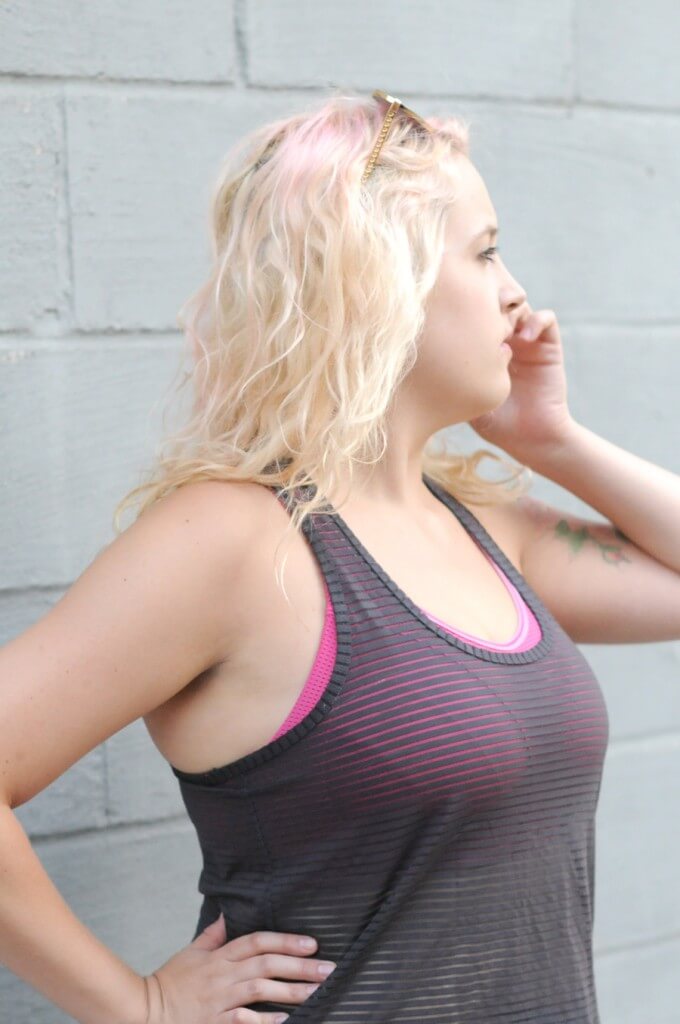 My US size when I bought this bra was a 34F, which is what I ordered - since I was unaware that Shock Absorber uses UK sizing! That means I essentially ordered a 34G.

When I received my bra, I was a little surprised at how snug it fit the first time I put it on. The band measures 24" flat, and my ribcage is 32"! So it took quite a bit of effort to secure it on that bottom row of hooks.

I don’t mind the snugness because I don’t wear sports bras outside of working out. I’m also squishy, and I like a tight band, especially to feel secure when I run. Regardless, the Run Bra is not the type of sports bra I can just throw on under a t-shirt to run errands or wear to bed. I see it more like a piece of equipment.

I thought this bra would stretch out, given the amount of finagling I have to do to get it on and how often I wear it. But no. It has not stretched out. At all. This thing still has a 24” band. I am seriously baffled by the craftsmanship of this bra. 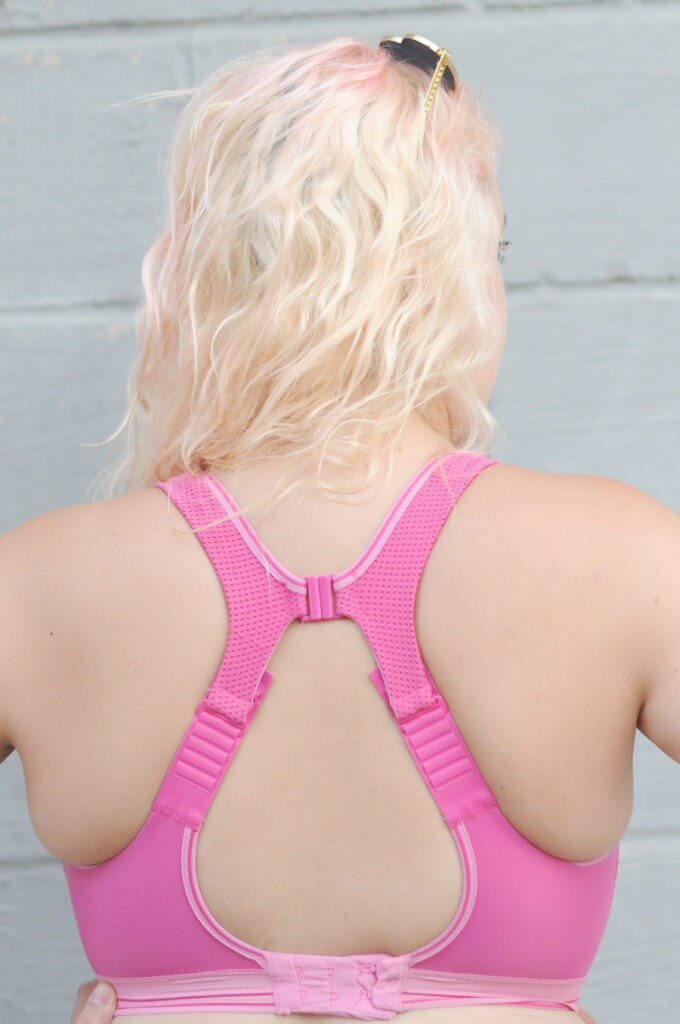 One of the hooks is pulled out a little from said finagling, but this is literally the only major sign of wear. Photo by Laura Miles Dresser

As far as the top buckle goes, I’m flexible enough to hook it easily. If you have limited mobility in your shoulders, you could hook it before you put it on. The thin elastic around the bottom band folds up a bit on my sides because of how I'm shaped, but it doesn't bother me when I run.

If you're allergic to metal like I am, the hooks to adjust the strap length latch onto a foam strip with separate channels, ensuring that the hooks will never touch your skin.

So does it do the job? Yep. There is practically no bounce at all.

Despite being pretty snug, I can breathe. I don’t notice the bra when I run. I never have to adjust anything. And like I said, there's practically no bounce. There's movement, of course, but only a centimeter or two. The straps are lightly padded and comfortable, but the band carries most of the weight. 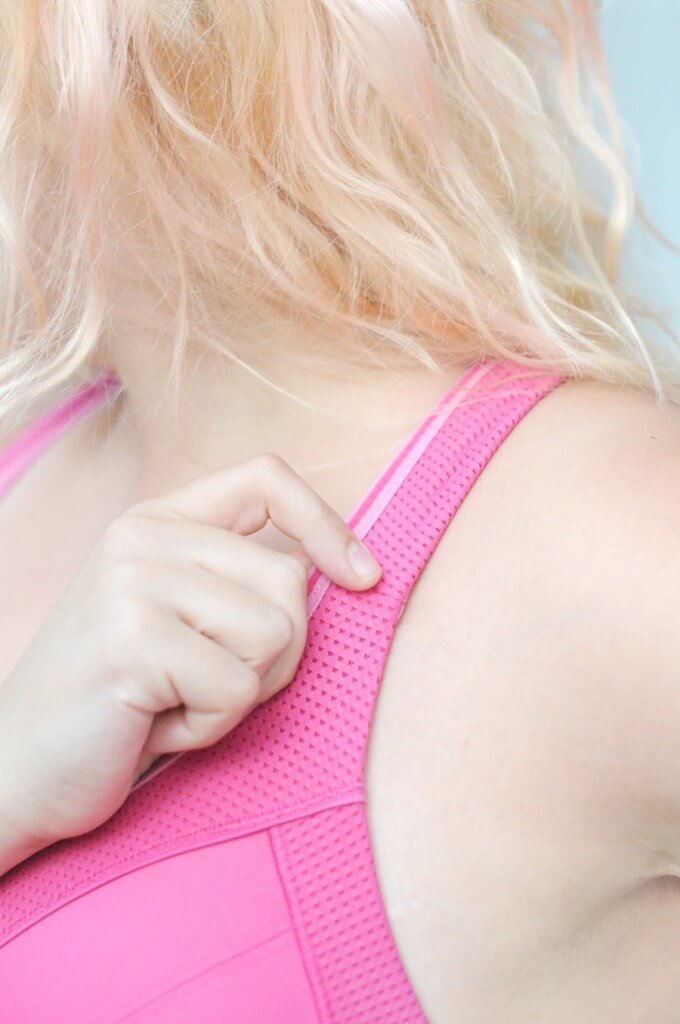 So, it’s comfortable! It’s well-made! It works exactly as it should! It’s pretty cute! If I had written this review six months after wearing this bra on three runs per week, it would have been completely glowing. I pounded pavement in this bra from August ‘til May with no problems.

But then, right before a half marathon, while running 20+ miles per week, my back started burning in the shower. After the race, I had two raw chafe marks, one on each side of where the back clasp of my Shock Absorber bra sits. A friend called them “marathon tattoos,” which feels cooler than “marks I got ‘cause I have to wear a special sports bra.” I chalked it up to my body not being used to running 13 miles straight and didn’t give it a second thought. 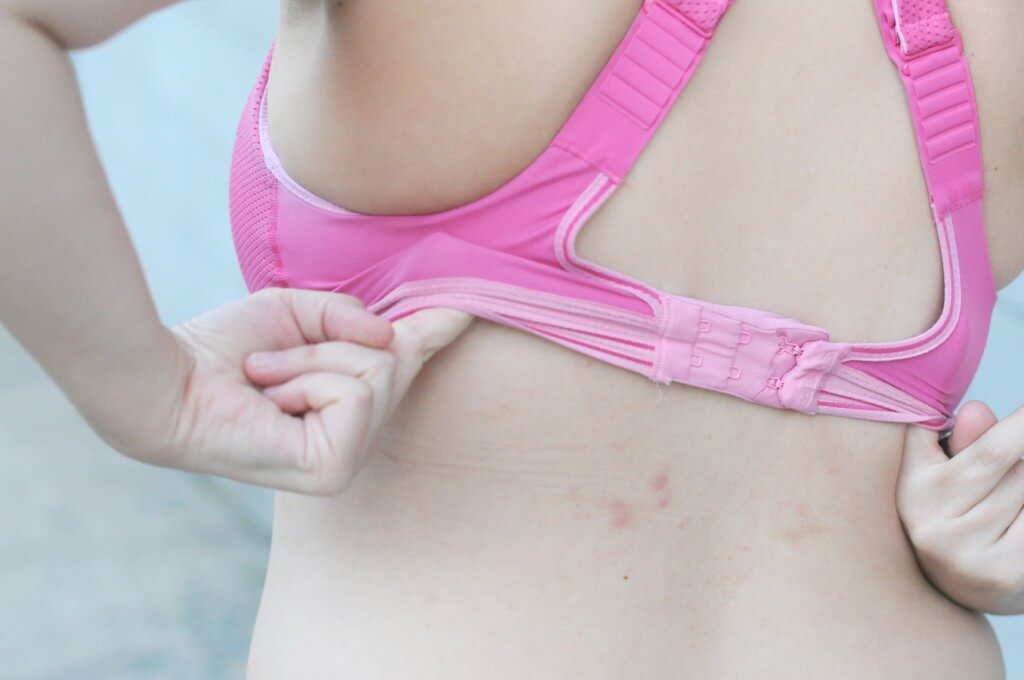 But when I started running again after a month off for vacation, I immediately started getting sores on runs that were only three to five miles long, even when using BodyGlide. It’s not the cushioned gel pad under the hooks that bothers my skin, but rather it seems to be the sharpness of the elastic’s edge and the thick seams that attach the elastic to the gel pad.

I don’t know what changed this time around, but I can’t wear my Shock Absorber Run Bra anymore. I've lost some weight since I purchased this bra, but my ribcage measurement is the same. The last time I wore my Run Bra, wearing a normal bra for the rest of the week was painful because of the raw spots on my back.

This is not a “bad review.” This bra did its job perfectly for 300 miles and never stretched out. Sizing up in the band could very possibly solve my problem, but the additional room could also make the friction worse. If I sized down, I wouldn't be able to put it on. I'm thinking maybe something with a thick fabric back would be better for my body.

I still recommend this bra if you're within the size range. If you want a sports bra for running that holds. If you like an incredible cost-per-wear calculation. If you don’t have sensitive skin. And if you don't have a history of chafing around your ribcage on runs. But if you’re still really worried, try another style.

Have you tried the Shock Absorber Ultimate Run Sports Bra? If so, did you have the same experience? If not, given the pros and cons presented here, would you try it?