Review: Wade & Belle "Not Too Tights"

By Marianne Faulkner May 8, 2015 in marianne, reviews, team, tights 4 comments
Share this article

Disclosure: I received these items free of charge for review purposes. All opinions are my own. 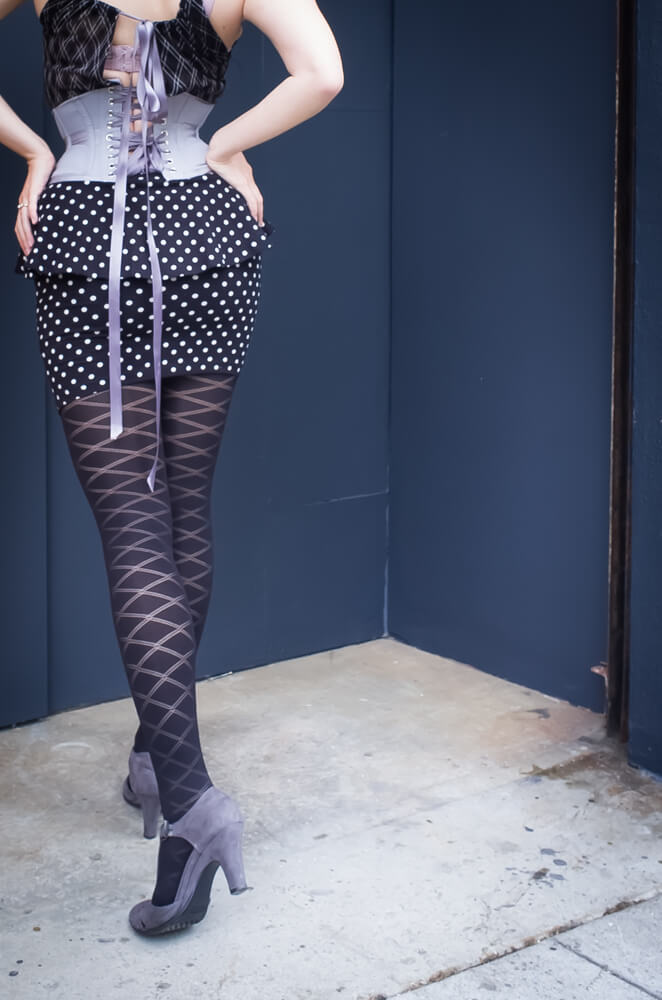 Wade & Belle's "Not Too Tights" ostensibly aim to defeat the muffin top created by tights that are simply too tight. In reality, I think the need for this style of fit goes beyond that aesthetic consideration. The level of discomfort that can be created by having, essentially, a rubber band cutting across your midsection should never have to be endured. Wade & Belle sent me a pair of each of their three designs of tights (black, diamond, and polka dot) and I put them to the test. 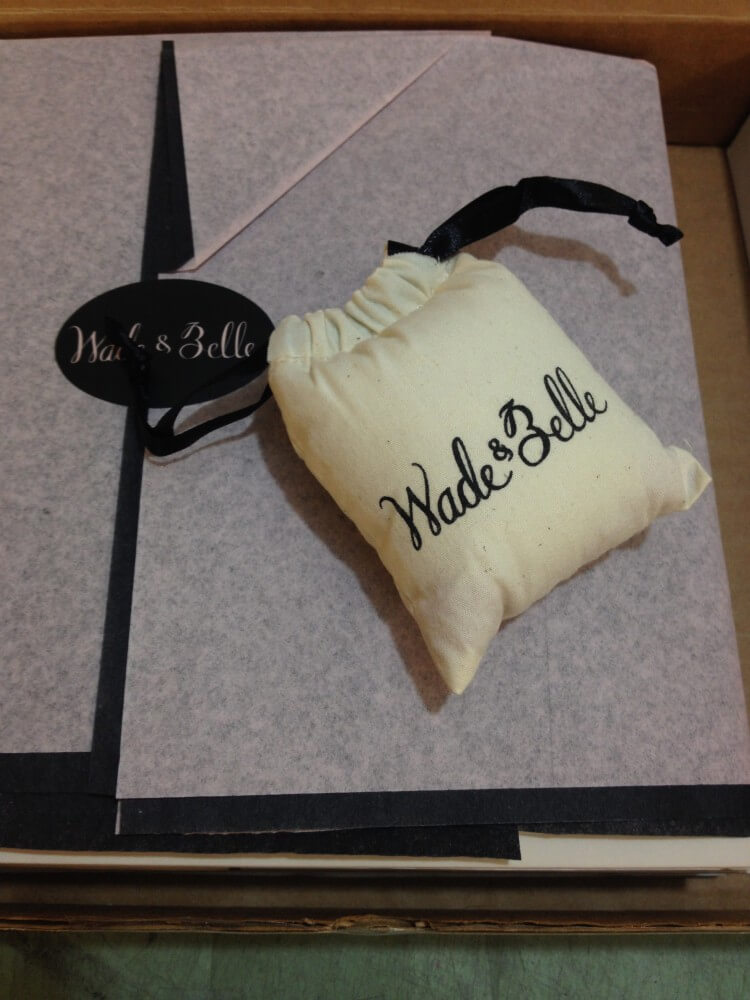 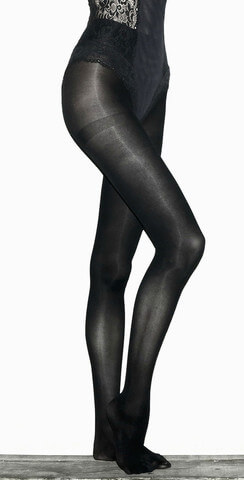 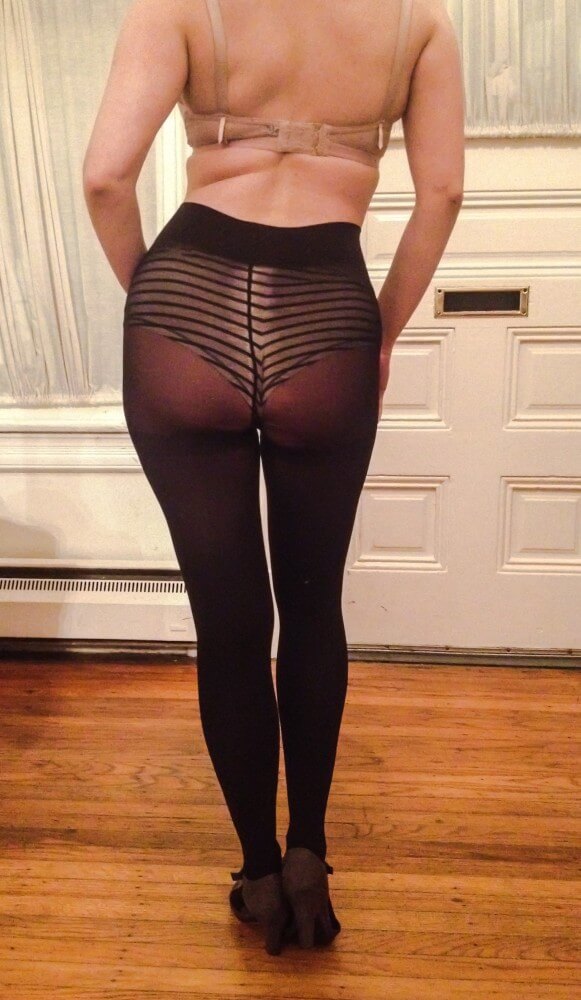 Wade & Belle "Not Too Tights" in black - note the level of wear around the center seam as well as the smooth fit of the wide waist band.[/caption] [caption id="attachment_41742" align="aligncenter" width="418"]

Styling the Wade & Belle "Not Too Tights" with a very fitted jersey dress. The waist lays smooth and doesn't cut in at all, and the legs are a very nicely (and cozily) opaque black.[/caption]

Unsurprisingly, the black tights were the first that I wore. They felt sturdy and were nicely opaque, a look of which I have grown increasingly fond. The texture of them is smooth and dense, a good weight for any time of year (at least, in moderate San Francisco). How did they measure up? Well, my soon-to-be-wife pretty much immediately stole them for herself and they are her new favorite tights because they don't dig into her sensitive stomach. (As a size reference, I am generally a size small in bottoms to her medium/large.) I stole them back to try them again before writing this review, pairing them with a figure hugging jersey sheath. Even at the end of a long day and after dinner, there was no muffin or ridge where the tights ended on my waist. 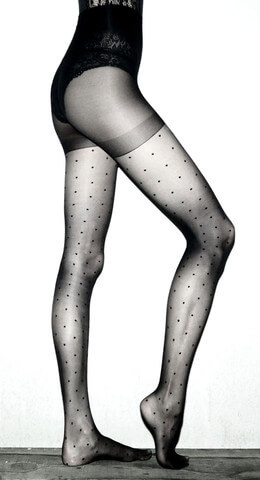 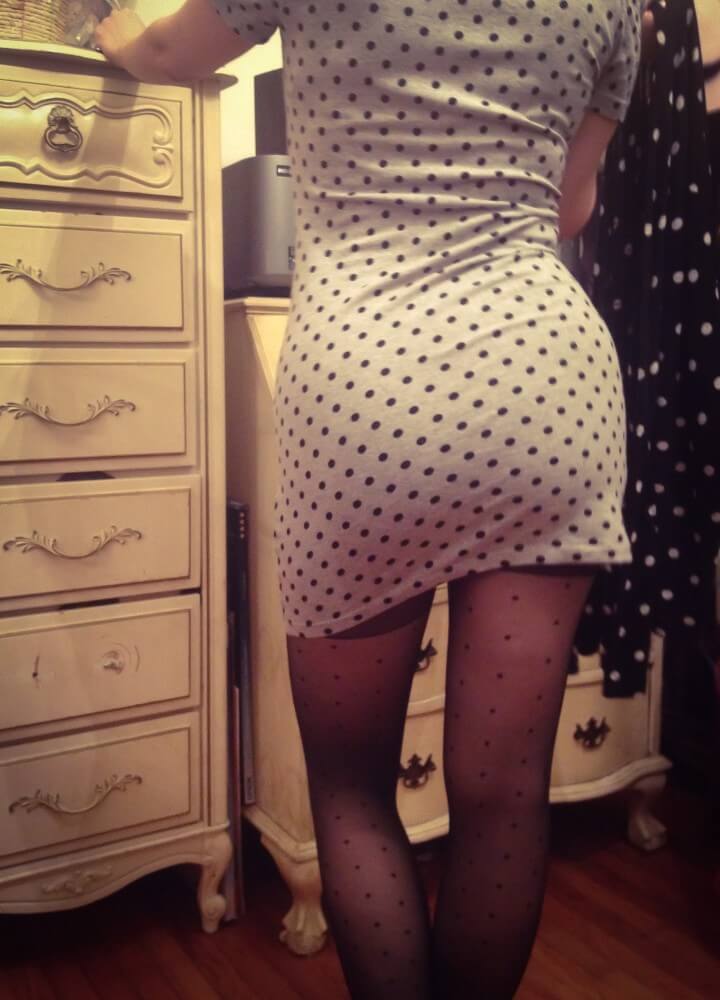 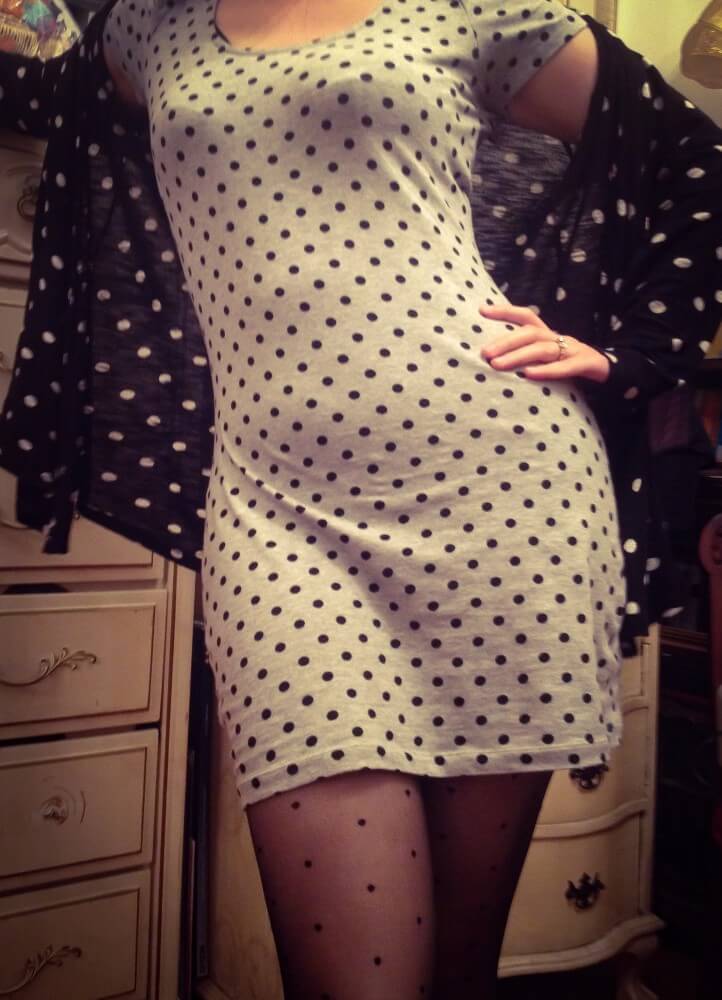 Wade & Belle "Not Too Tights" in polka dot - note the subtle shadow above my stomach, indicating the tighter fit of this pattern.[/caption]

I was excited about the polka dot tights because I love polka dot everything. However, when I first took this pair out of its packaging, my reaction was along the lines of, "Oh hell no." I was at the wrong part of my cycle to even attempt to put on the seemingly child-size tights. Eventually I lost about ten pounds and, at a more neutral part of my cycle, I wore the pair of dotted tights. Even so it was a struggle to get them on; I can't imagine anyone over a size 4 or taller than my 5'3" wearing these comfortably. (Update: the day I wrote this post, my partner coincidentally decided to wear the dot tights, giving them their second outing. They ripped midway through the day when she adjusted them after using the bathroom. She is considerably smaller than the 6' / 185lb cap for their "one size.") They are also a lighter weight and feel less sturdy... unsurprisingly, given that they are a much lighter 40 denier. 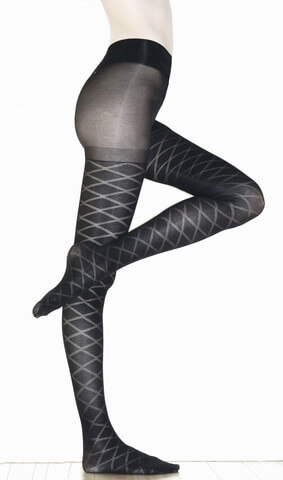 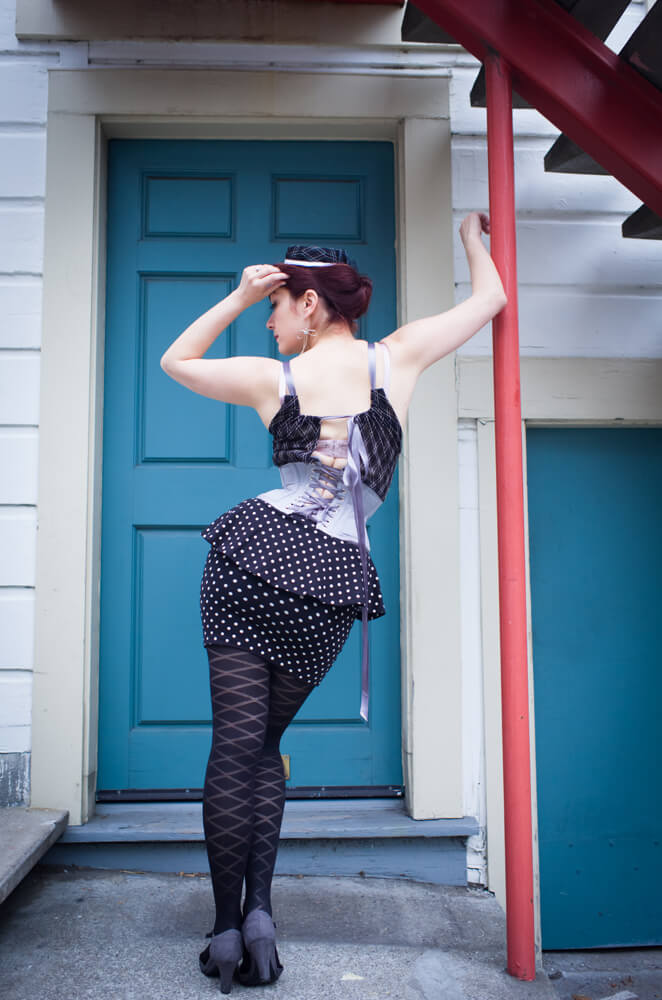 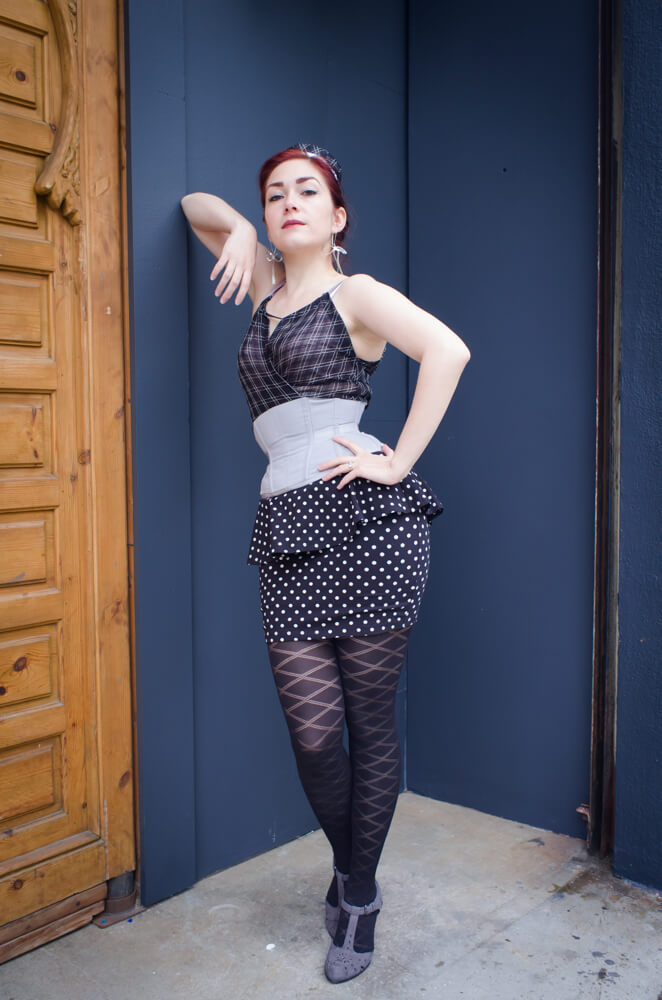 Lastly, we have the diamond tights, which are probably my favorite. The fit on these seems about the same as the opaque black and I love the simple, large-scale geometric pattern. This kind of pattern can be styled many different ways for a look that is either elegant or quirky, for day or evening. They are 120 denier (the same as the opaque black) and held up well to an accidental velcro snag.

Wade & Belle "Not Too Tights" Waistband[/caption]

Setting aside the particulars of each style, here are my overall impressions of the brand. Generally speaking, the special waistband on the Not Too Tights is simply an extra-wide foldover - at least, as far as I can tell. Sometimes a solution doesn't have to be complicated to be effective. The branding and care instructions are printed inside the label. Though the instructions say to hand wash, I confess that's more effort than I am generally willing to go through for tights. I machine washed them, gentle cycle, tumble dry low, and they seemed fine. My only reservation is the sizing. The seam on my opaque black tights is clearly showing signs of stress and the polka dot tights seemed comedically small when I first took them out of the packaging. Fortunately, expanded sizing is in development --- if your posterior is bigger than a size 6 or maybe 8, you might want to wait for that. Stylewise, though three designs is a pretty narrow offering, I think it's smart to launch with a small, versatile collection. 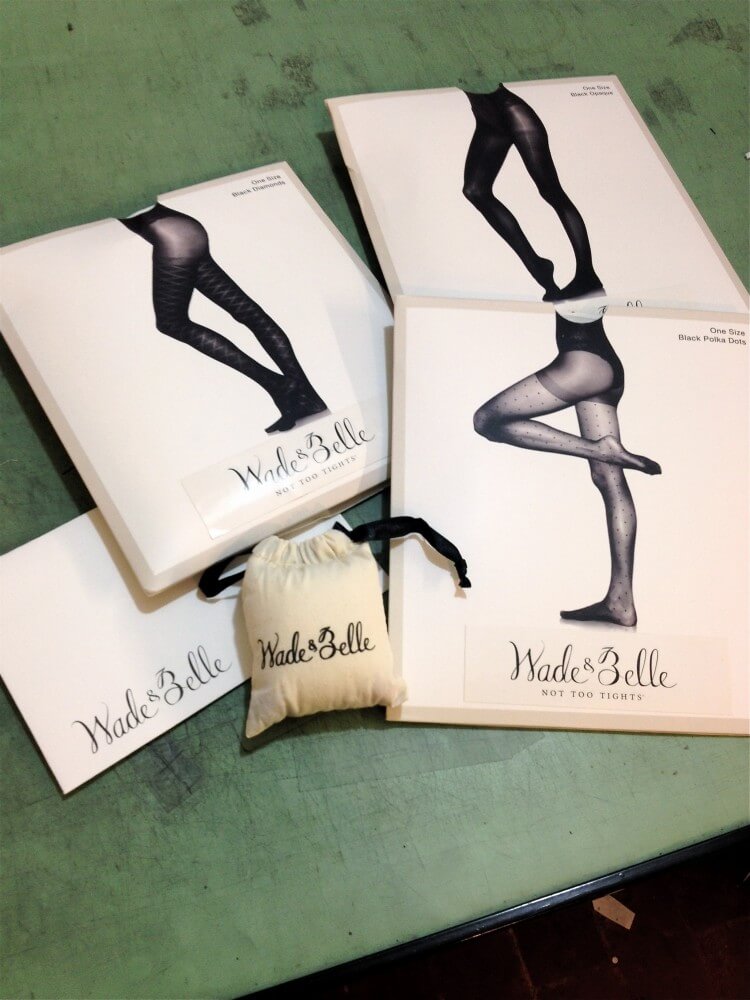 Wade & Belle "Not Too Tights"[/caption]

All told, it was really my partner Morgan's love for the Not Too Tights that sold me on them. Once the expanded sizing is available, I'm sure I'll be buying two new pairs of the opaque black --- one for each of us in two different sizes. I'm interested to see what designs they come out with in the future, if they'll stick to timeless basics or branch into more fashion-forward or trend-based design. At $20 per pair, they may be slightly higher than the average girl's price point for tights, but if you are particularly concerned with smooth lines or waistband discomfort, I would recommend trying out a pair, especially since shipping is free from the Wade & Belle website.

What do you think of the Not Too Tights Concept? Will you be trying a pair, or have you already?