I purchased these bras. All thoughts and opinions are my own. 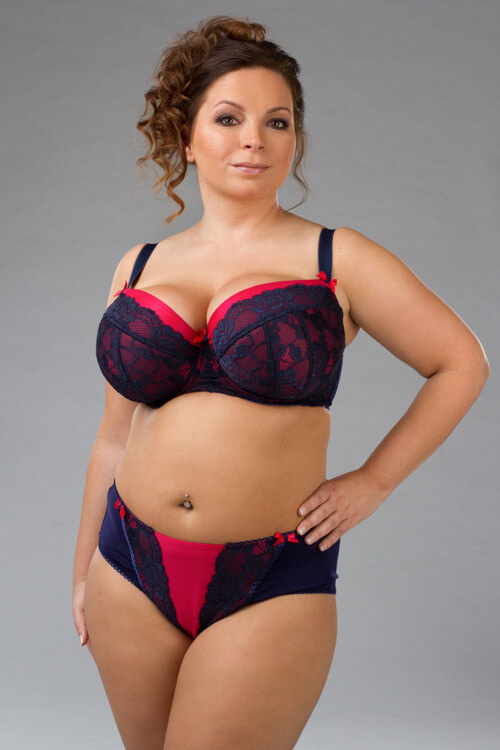 I covered the buying and customer service experience as a separate post last week, so now we're going to talk about the fun stuff - pretty lingerie! I hadn't ordered from Ewa Michalak in ages, so I wanted to pick up a new set from them and see what their more recent offerings were like. Ewa Michalak bras used to be one of my lingerie drawer staples several years ago.

A word about sizing and their size calculator: I know that this isn't true for everyone, but it has never worked for me. I've tried measuring their special leaning over way and everything under the sun, but it never gets anywhere close near my real size. For this order, I did what everyone else does, which is guess based on blog reviews and by talking to people in various swap/sell communities. As I result, I got close but still probably need a cup size up in this bra. I feel like this is probably a representative experience for a new buyer, so it's worth trying to pick up several sizes for cheap and try them before you splurge on a big non-returnable order.

I picked up the PL style, as this used to be one of my staple styles. This is a 80HH, which fits well in the band but is small in the cup. The matching panties are a 44, which is right on for me. 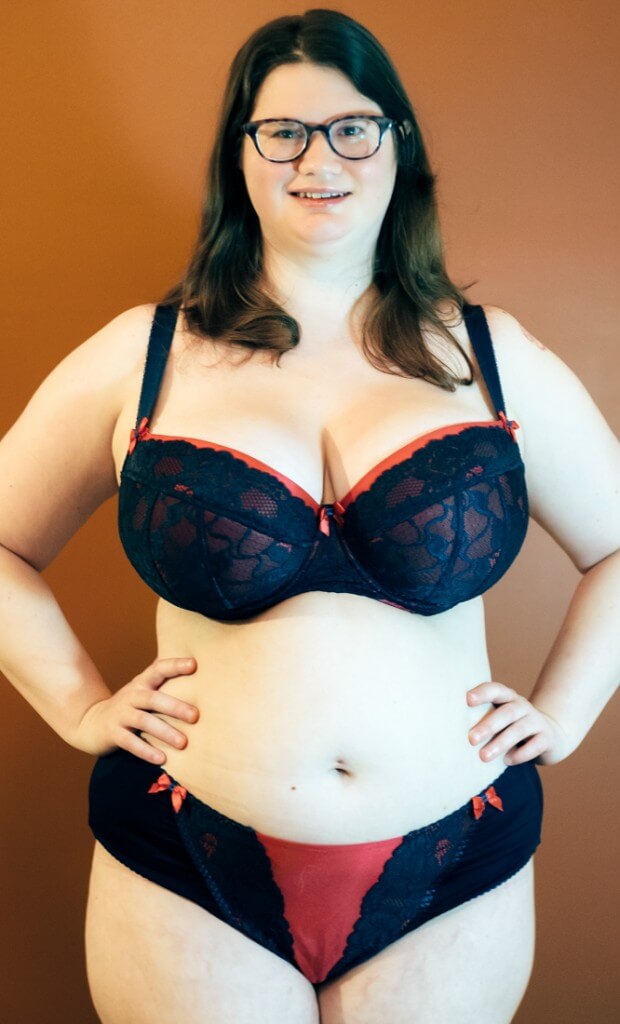 The lace detail on this bra was insanely hard to photograph! The bra is made with a moulded cup with a layer of lace stretched over it, which makes it a nice combination between a standard moulded cup and a boudoir style look. The bra has pockets so you can add padding to help personalize the fit and correct for asymmetry. Ewa Michalak used to put a pair of the pads in with your bra, but they either don't do that anymore or it wasn't included in my order.

The wires are typical narrow Ewa Michalak wires - they feel strong and high quality. The moulded cup provides great uplift and support! When I wore this the first day, it was easy to remember why I liked Ewa Michalak so much several years ago. Their bras create the closest thing to a push-up bra experience that I've ever had.

That said, being a few years more experienced and having tried a ton of bra brands, I don't feel like this is perfect. While the bra provides uplift, it has more bounce than comparable lower cut bras from other brands. For instance, I'd run for the bus in various Bravissimo half cup bras that I own (which have a comparable level of coverage), but I'd feel pretty uncomfortable doing that in this bra. It isn't just that it's off a cup size: the top is so open that I feel like the bra pushes you up but then never truly locks you into it. While this makes it look great, it does mean that you have to tolerate far more jiggle than you do in other brands. I require most of my bras these days to at least pass the test of chasing my dog around the backyard, so I think this style just isn't for me anymore.

I'll end with the same question I asked last week: would I buy from Ewa Michalak again after this recent order? Yes, if the bra was spectacular enough that I didn't care about nitpicking or taking the risk on an order. In a perfect world I'd like to try more of their styles, such as the SM, but I'm not feeling incredibly driven to go back right away. If the right thing comes along, that might change my mind, but I haven't truly fallen in love with the look of one of their bras in a year or so now. Odds are, it's unlikely that I'll be a repeat customer anytime soon.

Have you bought from Ewa Michalak lately? What do you think of their bras?