Loose Threads and Strained Stitches: A Review of Pajama Drama 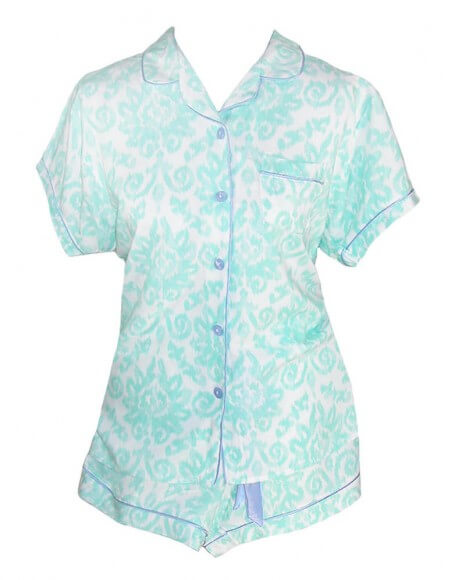 The set I was sent. Via Sears.

Disclosure: products mentioned in this article were sent to me for review. All opinions are my own.

There isn't a polite way to say what I want to about Pajama Drama, so I'm just going to come out with it. From what I have seen so far, Pajama Drama is not a company I would personally purchase from at this point. I don't especially believe in the product and I don't trust the company itself. And I'll tell you why. 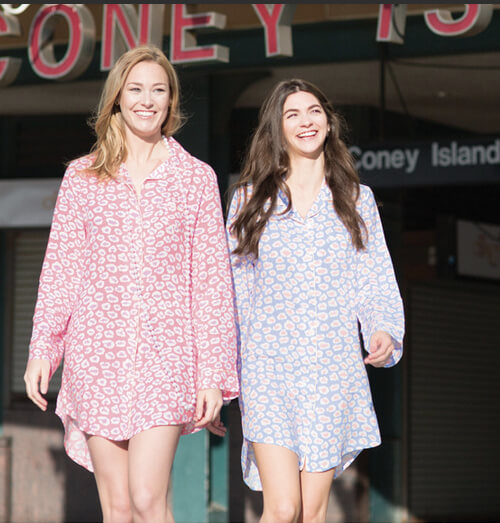 Sleep Shirts: I received the one on the right. Via Pajama Drama.

I received a pajama set and a sleep shirt from the company for review purposes. I was asked if I had preferences, but the things I preferred turned out not to be available, and what I received was fairly removed from my initial request. I'm going to try not to let the fact that these pajamas are not especially my taste influence my review; I'm not much of a pastel-batik or leopard print person, but I realize some people are, and that's fine. 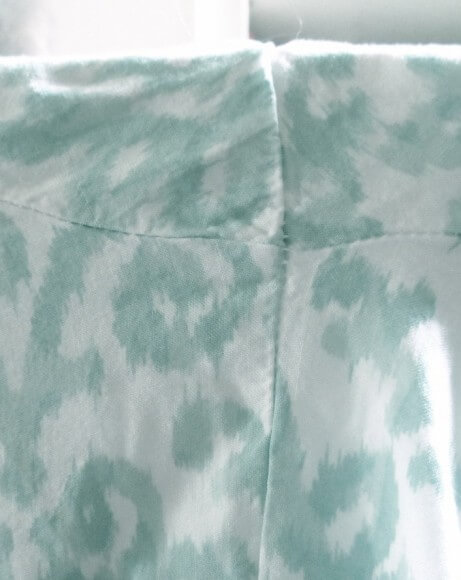 Not a bad print, all around.

What isn't a matter of taste, however, is stitching. And the stitching on these pajamas (both the set and the sleep shirt) was falling apart from the moment I opened the packaging. There were loose threads on the pajamas, trapped inside of seams, and dangling off of the edges of the hems and trim. Basically, everywhere someone had finished a line of stitching, they'd left the thread uncut. In about five minutes I picked and snipped a hairball's worth of loose threads off of the sets. The seams, too, looked strained, the stitches pulling out of the fabric. Keep in mind this was in the garment's folded state, before any wear whatsoever. 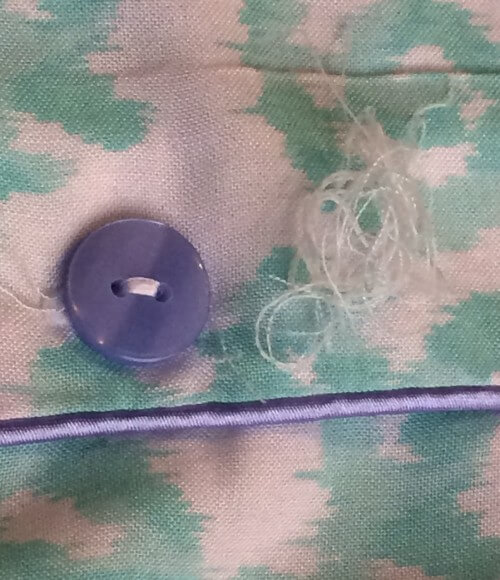 The threads from the initial thread removal.

As I do when I review a product, I found the label and looked at material composition and washing instructions. Other reviews of Pajama Drama had included a piece of boilerplate that read "Pajama Drama’s sourcing experts are constantly on the hunt to find the softest fabric out there", and the pajamas were quite soft, but it turns out that's because they're 100% rayon, and to me they had a bit of a slippery feel (which turns out to be characteristic of the material). The washing instructions said "machine wash cold" and "tumble dry low". After I did both of those things, more loose threads emerged. 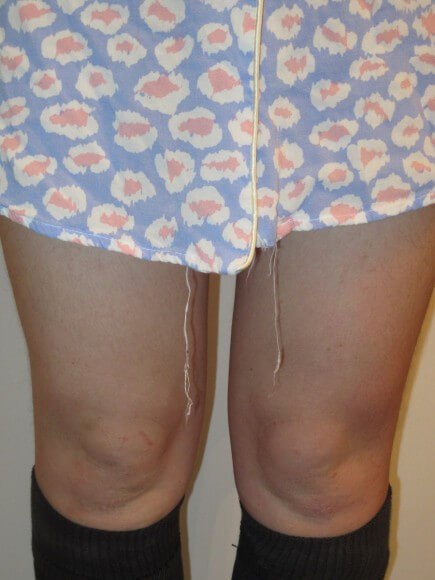 When I actually put the garments on, things got worse. When I went to button up the pajama shirt, I found the buttons snagging on loose threads in the buttonholes, so that if I went to unbutton a button, a bunch of buttonhole threads came out too. There were fit issues too. My measurements are, as of this exact moment, 37-29-39. Their size Medium is recommended for measurements 37 7/8-29 3/4-40. But the garment really doesn't have enough room for a 37-inch chest; it pulls pretty badly, and makes me wonder if the fit model was wearing a bra. Which seems like a poor choice for sleepwear design.

This happened all up and down the sleep shirt.

Now, some of these problems are probably a reflection of the price point. At $20-30 for a set, production cost has to be low. Therefore some things had to give way: stitching, finishing, and apparently, sizing. And in fast fashion, sometimes those things are left behind in order to quickly produce trendy garments. But I don't see that happening here. I've seen my grandma rock these looks for years. 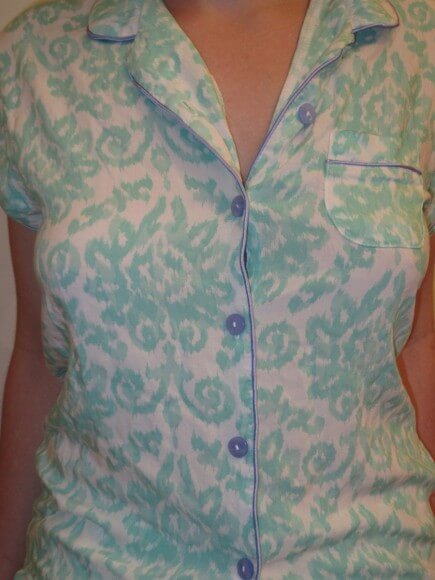 Pulling on the top button. It disappears when I put a bra on, but nobody should have to sleep in a bra.

There's some other weird stuff going on with Pajama Drama, too. They are about to officially launch retail sometime in June and yet their online shop is already up, but profoundly broken. They have a few links to independent reviews that read very similarly and positively (and include large chunks of ad copy). A few reviewers on Amazon have the same problems I've been having: the size chart is off, the material is shoddy, the seams fray almost immediately.

What's upsetting is that now that I'm looking around, Pajama Drama is everywhere. Their own website includes a list of customers, which includes stores I patronize all the time. Target is selling the exact set I have the biggest problems with. I'm bewildered and disappointed. I've gotten used to counting on Target for basics that hold up to some wear, and these pajamas are inescapable tangles of loose threads. If this is the quality of product that they are receiving, then it's a major compromise on what I've come to expect. On the other hand: if this isn't the quality that Target is receiving, why was it sent to me for review? 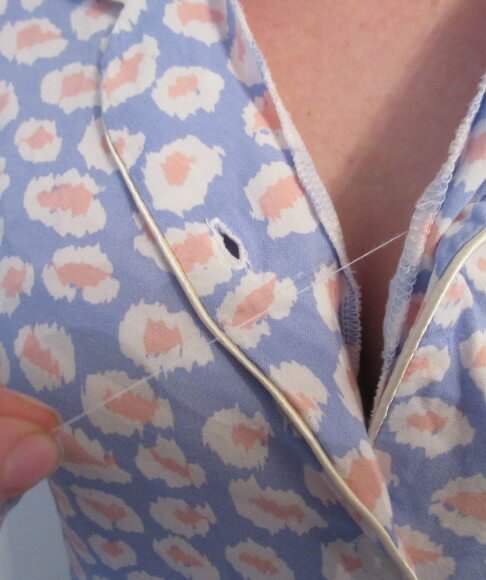 I feel like I'm nitpicking but this happened over and over.

Pajama Drama's situation reminds me a little bit of the Adore Me situation Cora described a few years ago: a low-end product being marketed as mid- or- high-end to customers who might not know what they're getting. In this case, I feel as though I had a heads-up since I know what bad stitching looks like. The average consumer might not notice the quality difference until after the first washing, when a return isn't always possible. I'm not sure it's in their plan since their business model seems to somehow be working, but I really hope Pajama Drama turns things around.

However, first they've got to figure out how to present themselves publicly. Pajama Drama seems to make its money by piggybacking off of established brands or by tagging along in subscription boxes. But if Pajama Drama is going to try to market directly to customers, they will need to either develop a distinct creative vision or find a manufacturer who can sew seams adequately. The current state of affairs is just depressing.