Longline Bras for H+ Cups: A Review of the Naoko Longline by Elomi

Longline Bras for H+ Cups: A Review of the Naoko Longline by Elomi

By Holly Jackson March 2, 2015 in full bust, holly, plus size, reviews No comments yet
Share this article 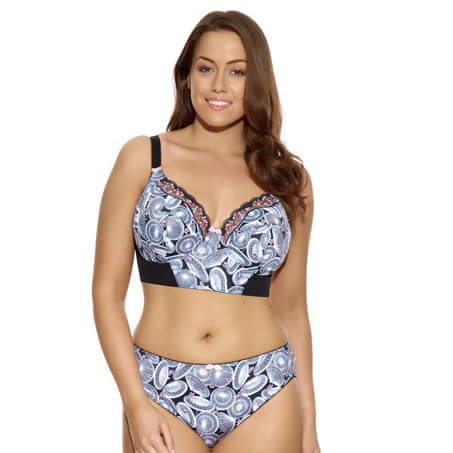 This bra was purchased by me and is not associated with Elomi Lingerie. All thoughts and opinions are my own.

I absolutely love longline bras, but once you get above a G cup the market for them has some pretty slim pickings. I tried Elomi's new longline bra, the Roxy, the first season it came out - I loved the idea, but had some reservations about the build.

I wanted to retry it again this season, in part due to the gorgeous pattern they released it in and in part to see if the build of the bra had changed at all. I'm so glad I did, because this season's version is everything I wanted a longline to be. 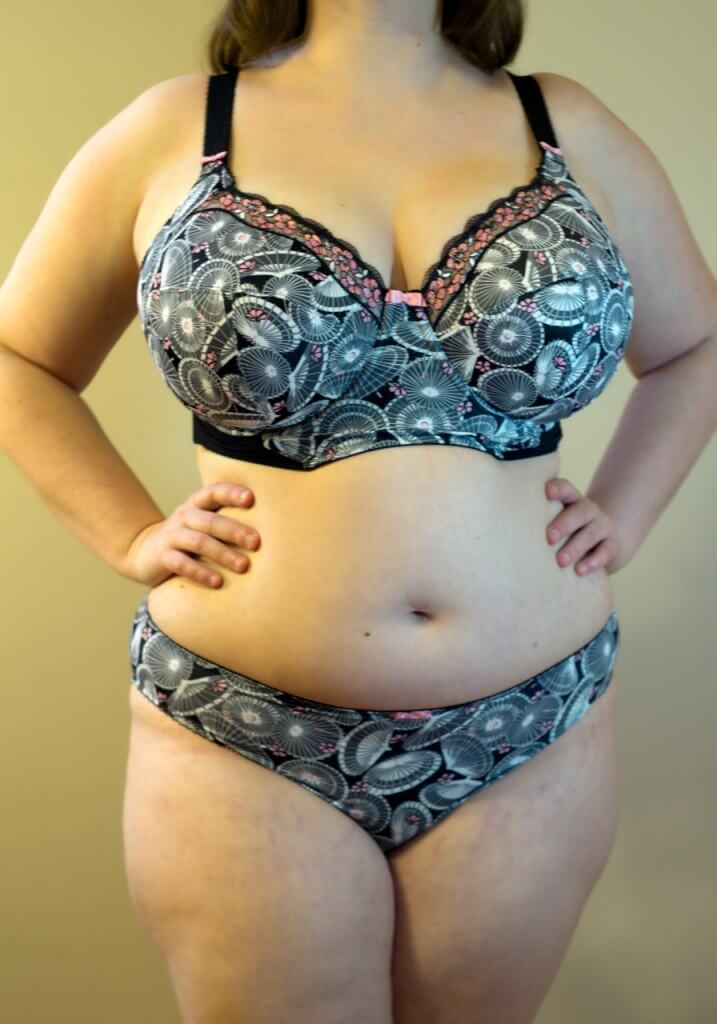 I bought my bra in 36H, which is what I think of as one of my two standard sizes (I vary between a 34HH and a 36H, depending on the brand). Unfortunately, this is the largest cup size that this bra comes in! I would love to see Elomi extend their longline bras into the J+ cup range like Curvy Kate has, since I think the design would translate really well in even larger cup sizes.

My initial attraction to this bra was based on the print. Elomi says that it is based off of traditional woodblock prints, which gives it a nice graphic punch. The pink embroidery gives this bra a feminine feel that isn't too overwhelming. I love when brands think outside the floral print box, so it's great to see Elomi taking inspiration from new places.

So how does it fit? As I mentioned above, Elomi has actually solved all of the problems I had with the original Roxy bra. While the Roxy was made out of what felt like scuba fabric (and the fit of the bottoms was off) this fabric is soft, firm and right on target. That especially helps with the fit of the panties, but also with how supportive the bra is.

My other issue with the Roxy was that the longline portion of the bra itself would flip due to a lack of boning. This is a big issue with plus size brands, as women who carry more weight in their stomachs and ribcages will have more band flip issues. I've had zero issues with the band flipping up on me and creating weird lines under clothing, which is what really makes this bra a winner. The bottom doesn't feel like it has any more boning than the original when I wear it, so I'd love to know if this is due to the fabric change or if Elomi actually did some redesigning here. Either way, it works and I'm so happy that this issue has been solved.

This bra is fairly high cut, which means it won't be a great choice under v-neck t-shirts or dresses. However, it's a great supportive everyday bra that has a nice retro feel and works under pretty much anything else. I'm glad I purchased it and I'll be much more likely to pick up any future iterations of this bra that Elomi releases.

Have you tried any of the Elomi longline bras yet? What do you think of them?