Today's guest post is by Amanda, a Lingerie Addict reader who lives in Staten Island, NY with two cats and her husband. She writes about books, Doctor Who, and other things she likes at TheKeyLime.tumblr.com. She also enjoys beautiful lingerie and is (slowly) expanding her collection. You can reach Amanda at [email protected] 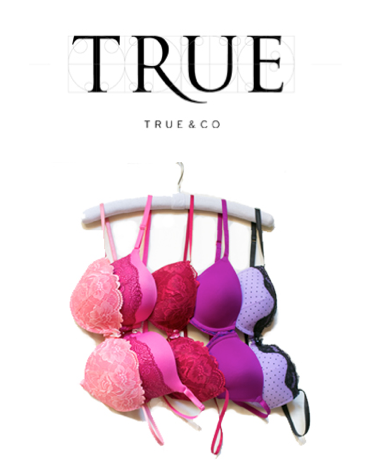 I don’t remember where I first heard of True & Co., but I was definitely intrigued by their concept. By answering a few questions on their website, they claim to be able to match you with perfectly fitting bras. You pick three, they pick two, and a few days later, there are five new bras on your doorstep. Keep what fits, send back what doesn’t. You’re only charged for the bras you keep (which are mostly around $45 each). 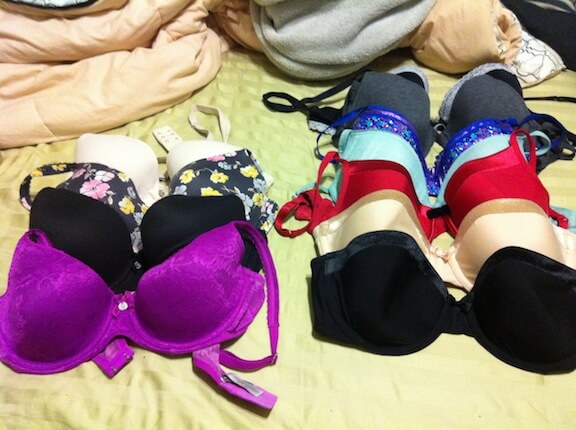 When I find something I like, I tend to get multiple of it because what if I can’t replace it? For instance, that red bra on the right is the last of a brigade. I once had five of that style bra in various colors. One day I went to replace my dying black one and alas, I could not find that style. I’ve worn them to shreds. Old Red is all that remains. The Victoria’s Secret bras are an okay replacement, but they’re just not the same.

But as my birthday approached, I kept thinking more and more about True & Co., which would force me to bust out of my molded cup. On Tuesday, September 25th, I took the plunge and put in an order. 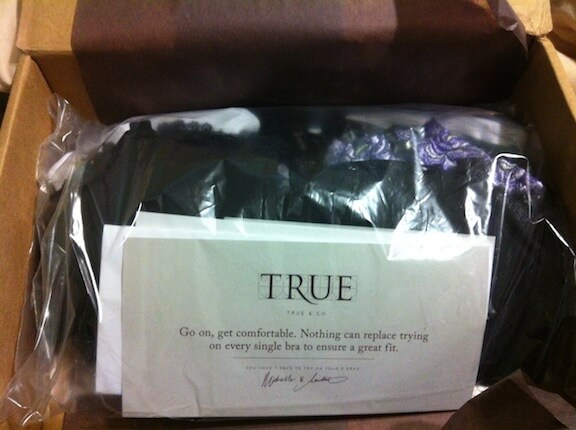 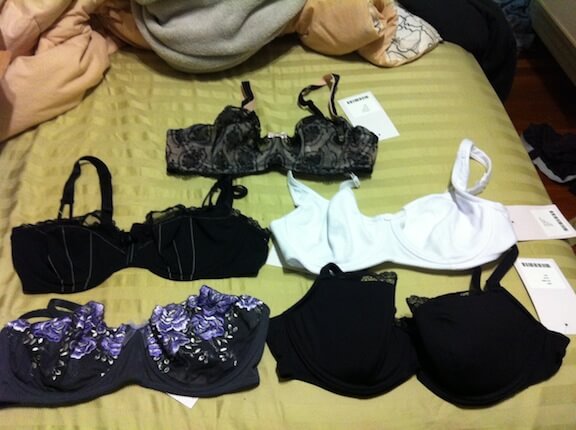 True & Co picked out the Christelle (a band size down, cup size up) and Marielle (normal band and cup size), both by Felina. I tried everything on. I adjusted straps. I pushed and pulled. I put on shirts. And I’m keeping… 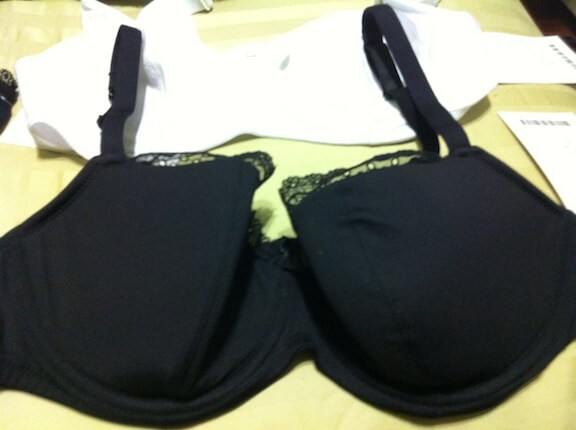 Juna from Panache (which you can see got a little squished in the box) was the only molded cup bra. It fit well enough, except the gore was DIGGING into my sternum. I’m pretty sure bras aren’t supposed to make you go “ouch.” 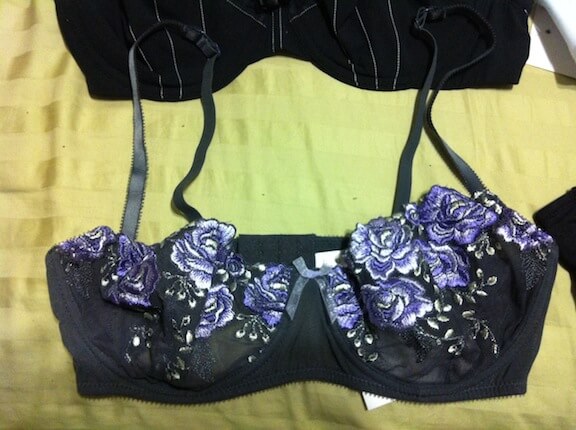 Enchanted Bloom from Blush looked pretty, but it didn’t really shape me in any way and was kinda itchy. 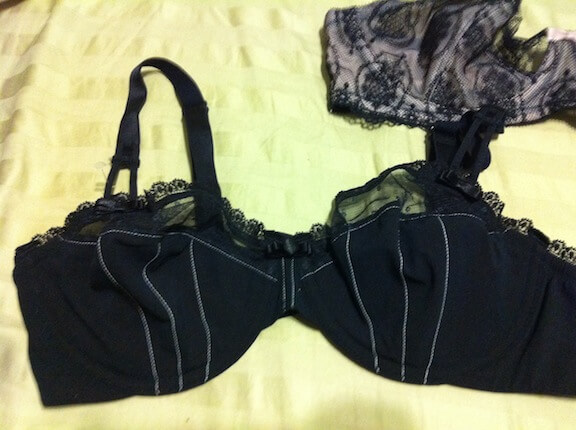 This is the Marielle from Felina and one of True & Co.’s picks. Meh. It fit alright but not great. And at $45, I want something I really love. 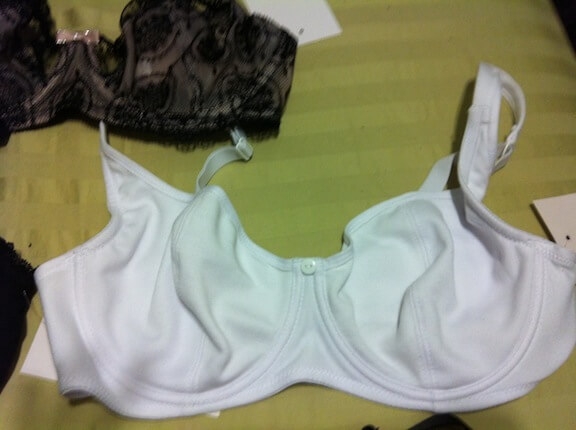 Cool Cotton from Claudette fit fine, and I thought about keeping it but, again, it just doesn’t really wow me. It kind of reminds me of a sports bra – it feels very functional. 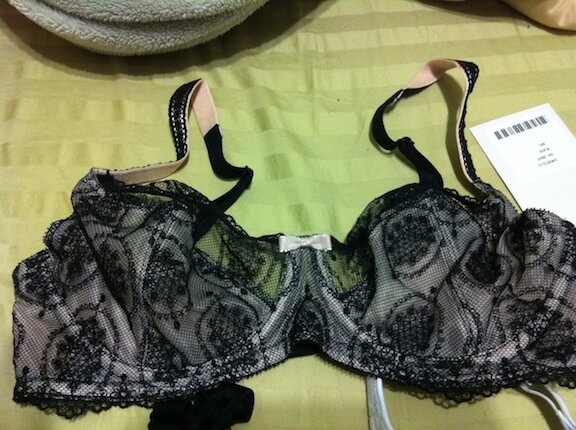 And here is Christelle from Felina. Fits great, feels great, and looks super duper sexy! This is definitely not something I would normally pick out for myself (and I didn’t – it’s one of True & Co.’s picks), and it’s a band size smaller/cup size larger than my normal bras.

The four other bras are back in the box and ready to go. There is a return shipping label so no worries there. I rated the bras on their website and have been charged for the Christelle.

Ultimately, I enjoyed this experience. However, I cannot really attest to their magical fitting matrix. I’ve been measured before and am fairly confident that I am in the correct bra size. And True & Co. must have agreed because three of the five bras were the size I normally wear.

But for me, True & Co. wasn’t about solving the mystery of “Am I wearing the wrong size bra?” It was to answer the question “Are there other style bras out there I should be wearing?”

And the answer is yes – I now own a beautiful bra that is totally unlike anything I have owned before. Thus concludes the True & Co. experiment.

Has anyone else shopped with True & Co.? How was your experience?