Can We Please Stop Making Women Scared of Their Lingerie?

By Cora Harrington May 13, 2011 in popular articles 41 comments
Share this article 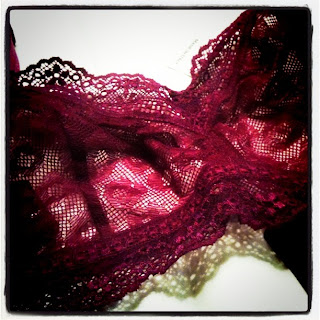 I first heard that statistic five years ago, shortly after Oprah Winfrey dedicated an entire hour-long show to lingerie. One would think that number might have changed since then, but according to Debenham's latest press release, 85% of the women they surveyed are still wearing the wrong size bra.

Call me cynical, but I have a hard time believing that.

In the three years since I've started blogging, I've seen that figure several times, and I've repeatedly asked retailers, manufacturers, and designers where exactly this 85% statistic comes from. Yet I've not once received a clear answer (other than, "It's common knowledge.")... much less a link to a dataset or an independent research firm. As a matter of fact, I have never read a single "study" on bra fitting that was conducted by someone other than a bra seller. I don't have an MBA, but that sounds like a conflict of interest to me.

Now, I'm not denying the importance of a good bra fitting. And I'm certain there are lots of women wearing the wrong size bra even as I type this. But can we please stop it with the scare tactics?

There are lots of good reasons to wear properly fitting lingerie, and you don't have to use overblown statistics to make a case. Instead, why not talk about how a good bra not only lifts your boobs, but also your spirits? Or how the right bra can make you more comfortable, and therefore more confident? There are so many amazing things to say about lingerie, and you can say them all without telling women they're "doing it wrong."

But I want to hear your thoughts, dear readers. Do you believe there's any truth to the 85% statistic? Are you among the well-fitted 15%? Does a study like this motivate you to go bra shopping? Let me know what you think in the comments.