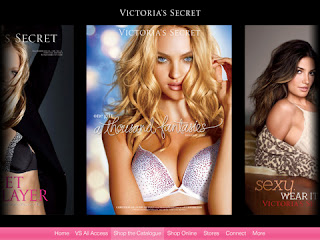 One week ago, Victoria's Secret reminded everyone why they're the most popular lingerie store in the world and released a brand new iPad app. In only a few days, it reached the #1 spot on the free iPad apps chart, and the buzz shows no signs of slowing down. There have already been several reviews for the app, so it may seem strange for me to do one too, but I've got something Gizmodo doesn't have --- a lingerie addict's perspective (as an aside, I haven't seen any other reviews written by women either). 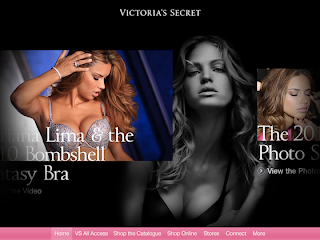 Before we begin, I think it's important to remind you that Victoria's Secret doesn't really sell lingerie. What they sell is a concept, and that concept is sexy. Not only is the Victoria's Secret app listed in entertainment (not lifestyle, like the rest of the fashion apps), you actually have to do quite a bit of wading through press releases, behind the scenes footage, and model stats before you stumble upon your first product description. But I'm jumping ahead now. Let's break down the app piece by piece. 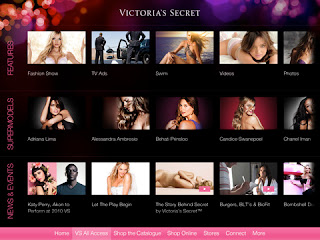 As you can see, the VS All Access tab is composed of three rows: Features, Supermodels, and News & Events. The "Features" row lets you view the fashion show announcement, watch those infamous TV commercials, and browse other extras like exclusive behind the scenes photos. The middle tier is all about the supermodels (aka the Victoria's Secret Angels); clicking on their name brings up all their relevant stories along with their stats and "secrets" (a sort-of mini-interview). The last row is News & Events, i.e. Victoria's Secret PR. 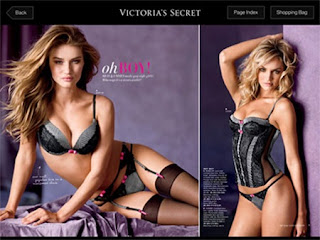 The next tab is for the catalogue, and I'm surprised to say it looks even better on the iPad than it does in person (you can really appreciate those full page lingerie spreads). While some reviewers commented on the slightly slower loading times for the catalogue, my major issue is that the catalogue doesn't allow zoom. You can go from the catalogue to the website by tapping on the product you're interested in, but even the online store doesn't offer zoom. Though it's a minor issue, I would like to see zoom as an available feature in v2.0. 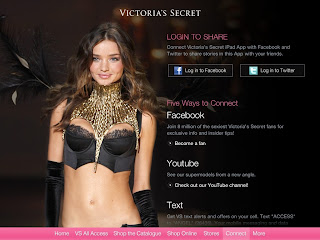 The last couple of tabs, Stores and Connect let you look up the nearest Victoria's Secret store in your area and stay in touch with Victoria's Secret through Facebook, Twitter, Youtube, text messaging, and E-mail... in other words, every way that matters. Finally, just to make sure they say on the right side of the law, the "More" tab contains all the privacy notices, site terms, legal agreements, and so on. 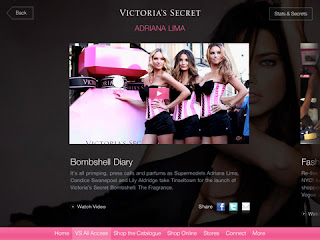 So what's the final verdict? Well, on the pro side, the Victoria's Secret iPad app is app is slick, shiny, and very, very sexy. It's obviously well thought out and gorgeously designed. On the con side, it's not really a lingerie app. There's a lot of eye candy, but not a lot of practicality. Women who need lingerie advice (such as the perfect bra to wear with your holiday dresses) will still need to go elsewhere. But for a free app, I really can't complain. Download it and give it a go.