Review: Are These 2 New Corsetry Books Worth the $$$? 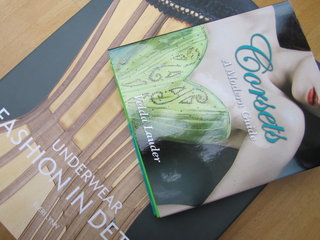 Today's guest post comes from Julia B. of Sew Curvy. Julia is a true corset aficionado, and her website is an excellent resource for corset patterns, fabrics, and trims. Julia also writes a vintage style blog, Marmalade Kiss, which is great for reading more about vintage sewing tips and tricks.

I've recently treated myself to 2 corsetry books... and as both have been mentioned in a number of corset related 'places' on the interweb, I thought i'd write about my take on each... 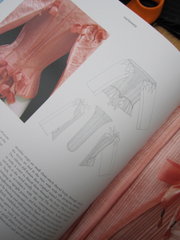 The first, and my favourite, is the V&A Museum's Underwear Fashion in Detail. All I can say is this... I bought it during a trip to the V&A in London (the book is only available there at the moment) and when I saw it, I couldn't put it down, far less leave it there!! I don't want to embarrass myself describing bodily functions, but... my heart was pounding with every page I turned! 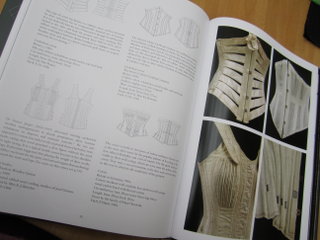 It is a BIG book, and so inside, the pictures are big.  A good start! 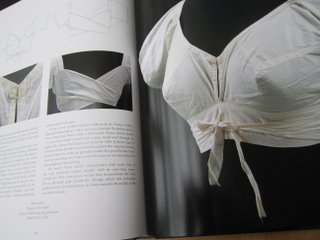 Written by Eleri Lynn, a fashion curator at the V&A Museum, the book is not dedicated to corsets alone, but I would say that probably 75% is to do with corsetry in some form or another, be it bras, girdles, corsets, bodices, bustiers, garters, etc. 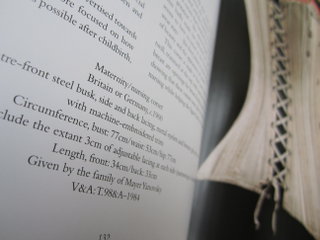 It looks at the evolution of underwear dating from the 16th century, right up to the present including pieces by famous designers through the ages, there are nighties, dressing gowns, slips, socks, stockings and pants included as well --- something for everyone! And for the corsetmakers out there who consternate over their every stitch, there is even a Mr Pearl "rush job" which shows what happens when a corset is made in a hurry --- even by the best in the business! 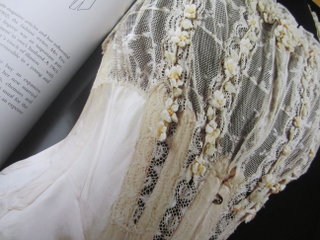 There are more pictures than writing --- each peice is described in detail, with diagrams and one or more photos --- some of which are shot very close, giving incredible detail --- it's almost like looking at the things up close and in person! 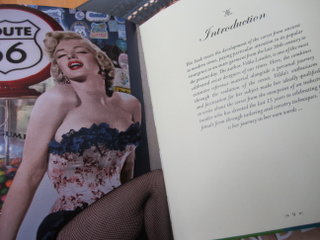 Overall, this book is an Inspiration. I just love it... every time I look in there, my mind is overwhelmed with ideas. From my own perspective of one who makes corsets, it's an absolute MUST HAVE. 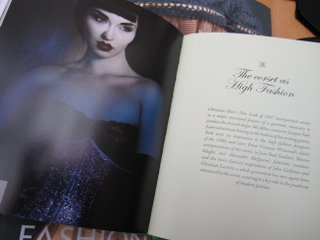 The other book is less pleasing --- from the same perspective as before that is. It is the new book by Velda Lauder ---Corsets: A Modern Girls Guide.

I guess it's been written to catch the wave of interest in everything burlesque, and if you are a modern girl who knows nothing about corsets, but wants to find out, then this is definitely the book for you. 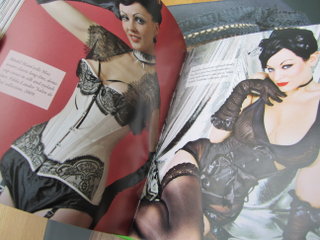 It is right up to the minute --- including details from London Fashion Week which has only just finished --- hence the long delay between its apparent availability and eventual delivery.

It is TINY --- handbag size --- which I was surprised about but this means that the book is not "comfortable," and the pictures are smaller than I like. I know this might sound shallow, but size definitely matters here and this book just isn't big enough. 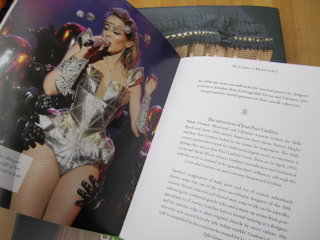 The pictures, unsurprisingly, are mostly of the author's own corsets. This isn't such a bad thing because she does make lovely corsets with a focus on modern, not historical, but there is no detailed information on the famous and elusive "uber curve." Although the book also covers historical aspects of corsetry, along with 'modern' corsetry against backdrops of high fashion, couture, burlesque, and fetish, the book doesn't tell me anything I didn't know already as somebody who has been obsessed with corsets for a number of years. 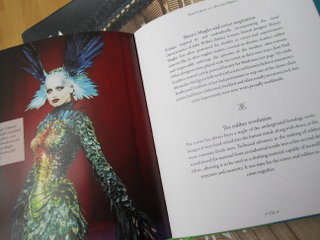 In saying that I am dissapointed with this book, I am not decrying the author's talent or her eye for a good design, or indeed her ability --- I have been laced into one of her corsets by the woman herself, and I can tell you, that whatever her uber curve is, it works! Velda Lauder corsets are extremely light, extremely strong, and surprisingly sparsley boned for the 'control' they give and this is why they are a constant source of fascination and inspiration for me.

BUT, in my own humble opinion, this is not a "Must Have" book. It doesn't do anything better or more interestingly, that Valerie Steele's The Corset: A Cultural History. However, for beginners on the path to corset obsession, then it is a pretty book to have and less 'academic' than others.

Thanks so much for your thorough reviews, Julia. I've already added Underwear: Fashion in Detail to my Amazon wish list, and I can't wait until it's officially available to order!

*All photos taken by and property of Julia